Resident Evil Revelations 2 Features Microtransactions for Continues and Much More 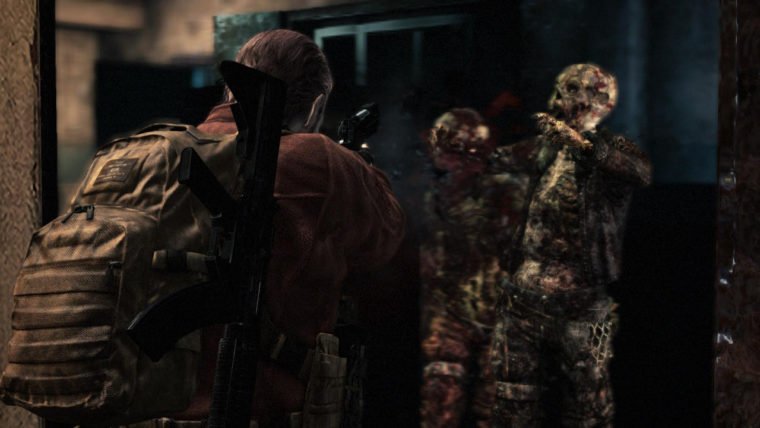 Resident Evil Revelations did a fantastic job of bringing back the classic RE formula of survival horror. However, it looks like its sequel, Resident Evil Revelations 2 will be marred by some pretty heavy microtransactions. In an interview with Mundo Gamers, the two heads of the upcoming sequel opened up about the microtransaction strategy behind the game. While everything seems optional, it still feels like Capcom is going overboard once you look at everything they will be offering for real money.

Yes, Revelations 2 will have microtransactions. You can buy with real money weapons, skills and life crystals.

In the interview, which has been translated from Spanish, the developers say “Yes, Revelations 2 will have microtransactions. You can buy with real money weapons, skills and life crystals. You can buy weapons and skills within the Assault mode with both objects as you getting playing with your real money, so that nobody has to pay anything unless you want to. If for some reason you want to pay for the weapons, there is the option.”

The item that has caused the most offense among the Resident Evil fanbase is that players will be able to purchase “life crystals”, which allow you to continue your game immediately upon death, instead of starting from a previous save or checkpoint. “Then there are the life crystals. The checkpoints of Revelations 2 as in Revelations, are at the beginning of the phase. If the phase lasts 20 minutes and you die after 18 minutes, you have to repeat the whole entire section, and this is not always liked by everyone, so you can buy some crystals of life through daily challenges or paying with real money to get back in the level just where you died without penalty. So you do not have to buy anything. If you want to, there it is, but you do not have to buy if you’re enjoying the game. ”

Options are certainly nice, but the question is, how has the game’s design been affected by this strategy. As the developer points out in this interview, some chapters have been made fairly lengthy, and if you die right near the end you have to start all over. You can always grind the daily challenges to get extra life crystals, but we don’t yet know how this will play out. For now fans are wary, especially given recent micrtransaction related disasters like H1Z1 and Assassin’s Creed Unity.