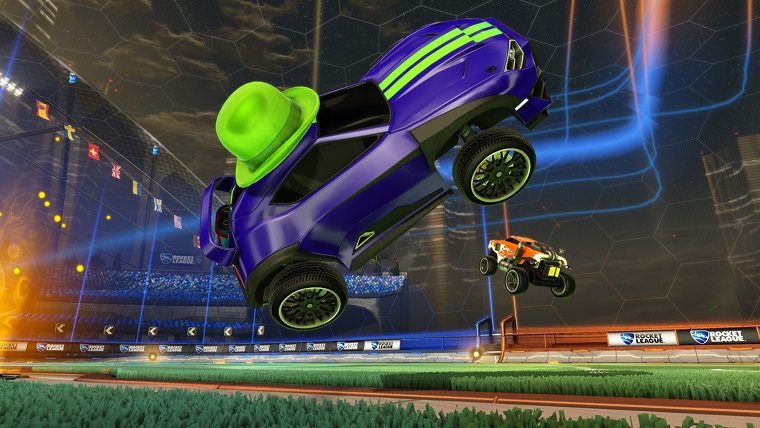 If you’ve played a lot of Rocket League then you’ve more than likely amassed a solid collection of items, though thanks to the new item system you’ve probably got multiples of the same item that you don’t really want. Well, developer Psyonix has done something about that to make those extra items useful, as well as allowing you to eventually use them in trades with other players.

Items are currently classified by multiple different tiers of rarity, and Psyonix has now implemented a new system that allows you to trade in 5 items from one rarity tier for one item from the next tier. This will allow players a way to not only get rid of the junk they don’t want, but to put them towards the possibility of getting some junk they do want.

While this system will certainly be appreciated, the developer will also be implementing an actual player-to-player item trading system, so if you know someone with an item you want then you can initiate a trade with them to get it. This system is promised in a future update, though a specific time frame for it was not detailed. Here’s what they said about the trading system:

“Some items, like those with “Painted” or “Certified” attributes, may become much more valuable if you can trade them to other players.  The “Trade-In System” is designed to let you get rid of unwanted or duplicate items, but you should consider carefully what you trade now versus what you might want to keep for future player-trading opportunities.”

Rocket League is available now for PlayStation 4, Xbox One and PC.