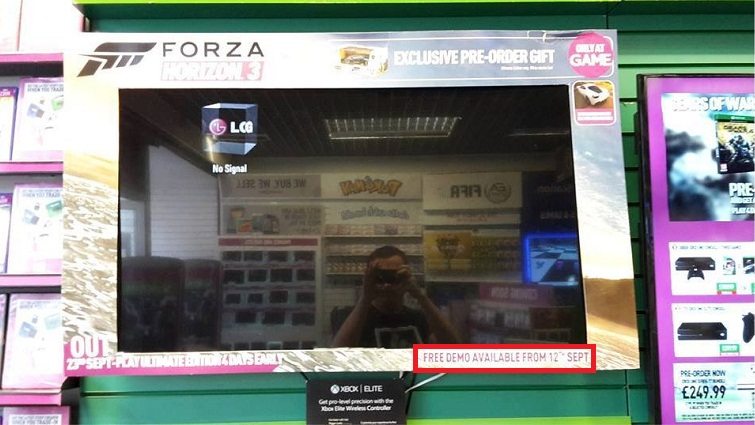 The release date for a free Forza Horizon 3 demo may have been leaked thanks to a kiosk set up by a GAME retailer in Preston, England.

As posted on NeoGAF, a user took a photo of the kiosk at GAME in Preston and you can see the advertisement for the Forza Horizon 3 demo.

Before the game comes out in late September, a free demo is supposed to be released on September 12th, 2016. A tweet from GAME Preston shows a closer look at the release date.

Microsoft has yet to announce a release date for the demo, so that’s why it should be a rumor for now. As always, plans could always change. However, Forza Horizon 2 had a demo on Xbox One two years ago and it was quite generous with its content.

It’s likely the demo will serve as a tutorial to allow you to explore some of the cool areas in Australia. Not to mention it may serve as a preview to see some of the cars that will be available in the full game.

Unlike previous Horizon video games, Forza Horizon 3 will also be available for Windows 10 PC. We’re not sure if the PC will be getting a demo at this stage.