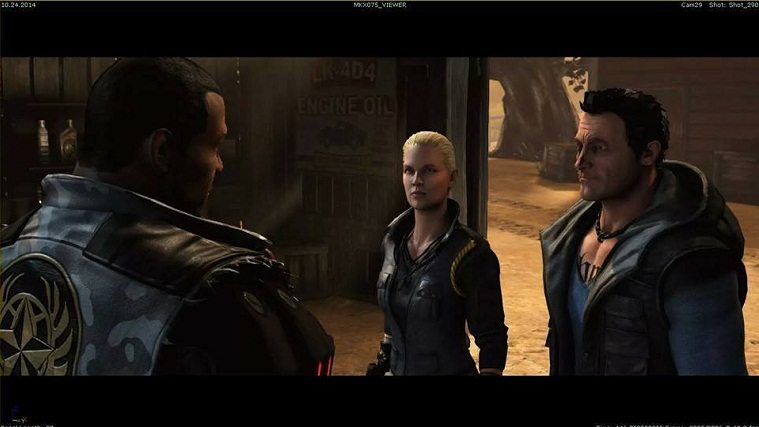 A possible leak shows three classic characters will be in Mortal Kombat X.

A leaked screenshot taken from NeoGAF shows that Sonya Blade, Johnny Cage and Jax will all be returning in Mortal Kombat X. It looks like the screenshot is from a cutscene that takes place in the story mode.

The story in Mortal Kombat X was shown last week and it focuses on the younger characters. This possible leak suggests some of the older guys will be back. As you can see from the screenshot above, Sonya and Johnny Cage look a lot older than when they appeared in the previous game.

The NeoGAF leak also showed more of the character model renders for Jax in Mortal Kombat X. He still has his metallic arms, although he looks much older as well. It’s safe to say that most of these guys are around 40 years or older now.

Another leak that came earlier this week from Mortal Kombat X is that Kenshi will also be in the game too. It appears a lot more older characters will be returning, although there are still a number of new characters in the game too.

NetherRealm Studios has yet to officially confirm these characters are all in Mortal Kombat X. Although it seems likely they’ll all be in the game.