Rumor: Special Silver and Gold Mario Amiibos to be Released

The latest news in the world of video games at Attack of the Fanboy
February 4th, 2015 by Kyle Hanson 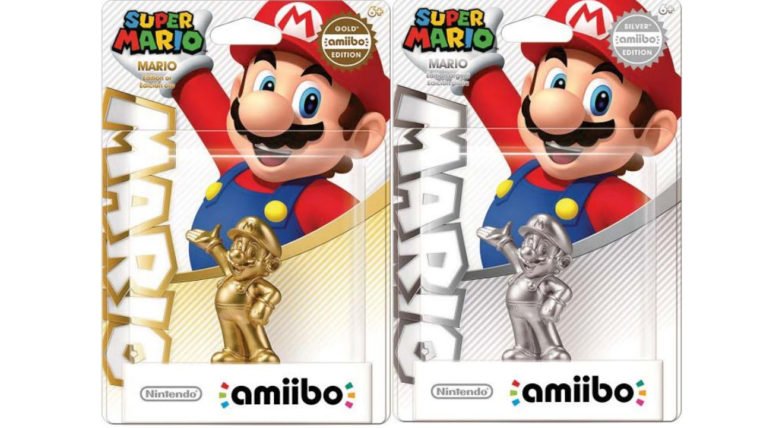 Over on Neogaf, user KT$2448 found some listing on Nintendo’s site for special silver and gold versions of the Mario Party 10 Mario Amiibo. The pages have since been taken down, so this is definitely a rumor at this point, but the listing looks quite authentic leading many to believe they are legitimate. No real information was given as far as how these special Amiibos would be released. They could be a limited edition run, they could be mixed in with the regular shipment for collectors to find, or, as many hope, they could be prizes for the final Club Nintendo gold and platinum level members.

The possibility of these special Amiibos being released has certainly stirred up fans, who are currently hunting for recently released Wave 3 figures, and trying to secure preorders on the upcoming Wave 4. Considering the extreme rarity of some of the normal Amiibos, the prospect of a limited edition is quite daunting. If these turn out to be Club Nintendo rewards it might make them more rare, but would help make fans feel better that everyone had a shot at getting them.

Of course, these could just be made up, or Nintendo might decide to simply not release them. However, fans seem intrigued by them enough that sales would do quite well, especially in the current Amiibo hunting environment. What do you think? Should Nintendo drop these limited editions and focus on supplies of the regular figures, or does the collector in you yearn for an even rarer item for your shelf? Let us know in the comments.