While flawed, critics recognize this as a wild, fun ride. 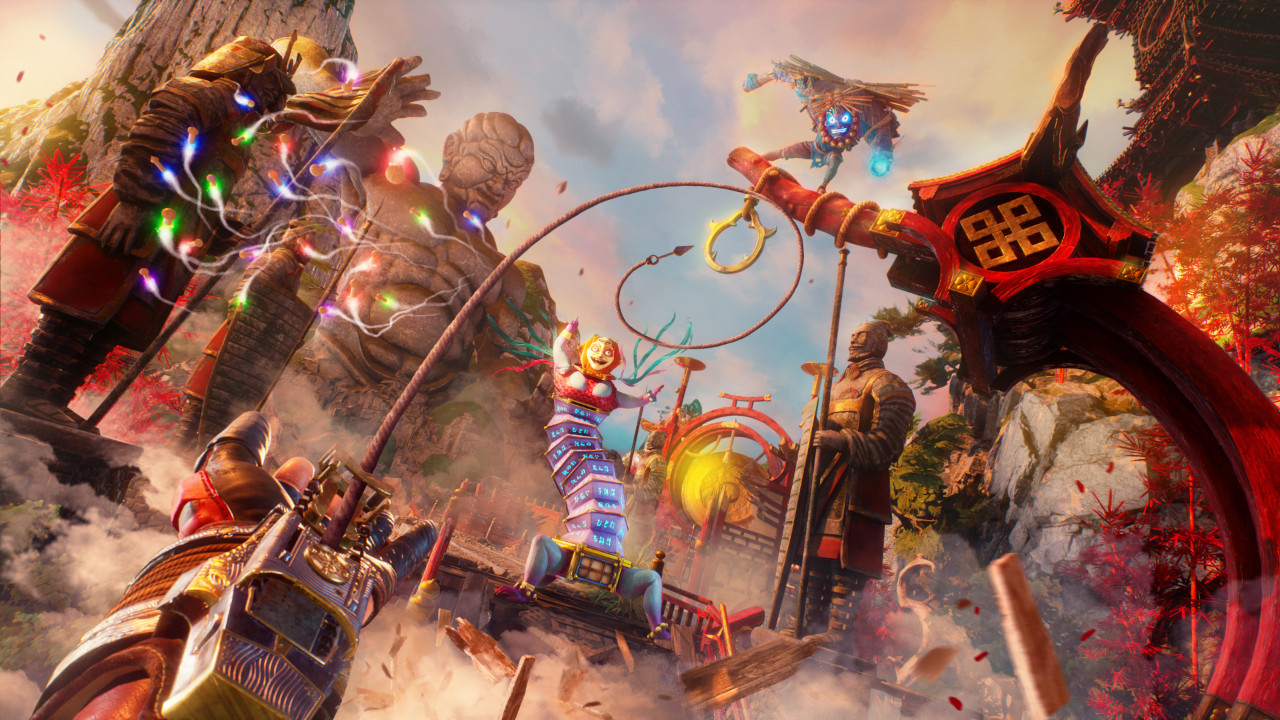 Shadow Warrior 3 drops tomorrow and the reviews are in!  The action-packed arena shooter by Flying Wild Hog is coming out to open a new month of game releases and fans of the series are anxious to see what this title brings for them.  The game changes up its formula this time around and is even more fast-paced, getting straight to the gory combat with some truly unique, colorful enemies.  Impressions are already coming out about the game, so read on for our Shadow Warrior 3 Review Roundup!

Overall the game is scoring in the mid-to-high 70% scores as an average, with the highest being no greater than 85%, and lows not going beneath 65%.  Our review of Shadow Warrior 3 is also listed here, being a 3.5 out of 5, or 70%, with the following summary:

“Shadow Warrior 3 has some genuinely great ideas, but it is hampered by a handful of pronounced technical issues and a general lack of replayability.”

Other critics had plenty to say about the game as well :

“Shadow Warrior 3 is a tongue-in-cheek arena shooter that starts off with tons of potential – but sadly it ends up dull from repetition.”

“Shadow Warrior 3 takes the franchise back to basics in terms of structure while adding new mechanics and weapons to keep it fresh.”

“Shadow Warrior 3 is fun but forgettable, a whirlwind tour of demon slaying that latches onto FPS trends and provides little spice of its own.”

“It’s just a shame that the experience is over so quickly. Perhaps a premature ending is a fitting flaw for a game crammed so full of dick jokes, but at the end of the day you are still left wanting more.”

Additionally, there’s a summary of other scores provided here as listed by OpenCritic:

This concludes our Shadow Warrior 3 Review Roundup!  The game will be released on March 1st 2022, on PC, PlayStation 4, and Xbox One.  It is also a day one PlayStation Now title, for subscribers looking for brand new titles to play for free!