SMITE Heeds the Call of Cthulhu

This is just madness! 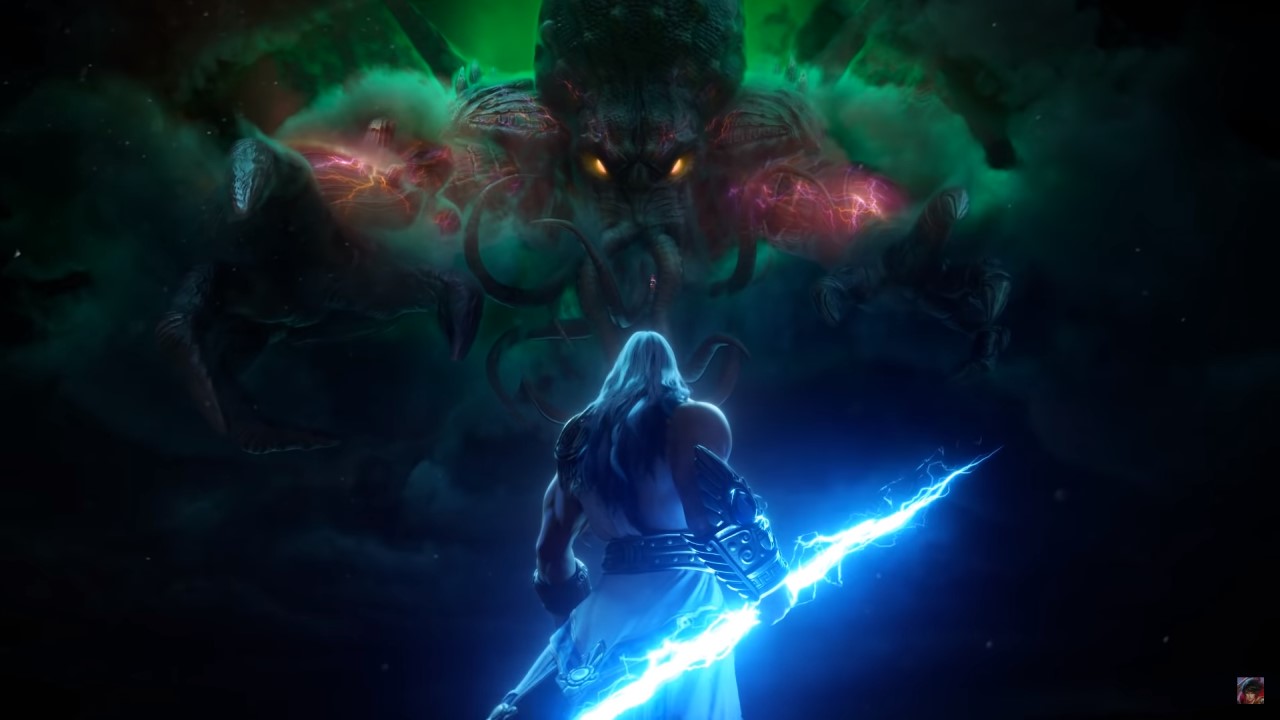 H.P. Lovecraft’s The Great Old Ones and Elder Gods are technically deities, which to God vs God MOBA SMITE means they’re fair game. While Hi-Rez’s popular third-person MOBA has expanded its roster with myths and legends outside the usual pantheons of eld in the past (and even added Bob Ross with a character skin), Cthulhu will be the first of the, well, Cthulhu Mythos to make an appearance in the game.

Cthulhu will shatter your sanity in SMITE this June.

While we will have to wait a couple of days for additional details concerning the sleeping god of R’lyeh, the teaser trailer Hi-Rez released today hints at some sanity-bending shenanigans. Considering you can’t go five feet in any Lovecraft inspired game without dealing with some sort of madness mechanic it won’t come as much of a surprise if Cthulhu uses his mind-breaking presence to control the field for his team’s benefit.

Come Wednesday, May 27th the SMITE website will share more about the tentacle-faced bastard, but eager fans can learn more during the SMITE Update Show at 3pm EDT that same day. Cthulhu will be the first god to feature in SMITE’s new “Great Old One” pantheon, so fans of all things cosmic-horror may be able to play as a few of the Mythos’ other marquee nightmares soon, such as Yog-Shoggoth, Nyarlathotep and even the Blind Idiot God, Azathoth. How Hi-Rez’s art team will make them work in SMITE, however, is a secret probably best left alone.

SMITE is available of the PlayStation 4, Xbox One, Nintendo Switch, and PC. You can link your accounts to one Hi-Rez account for full cross-play and cross-progression, so no matter what platform you awaken Cthulhu on you’ll be able to play him wherever you wish.