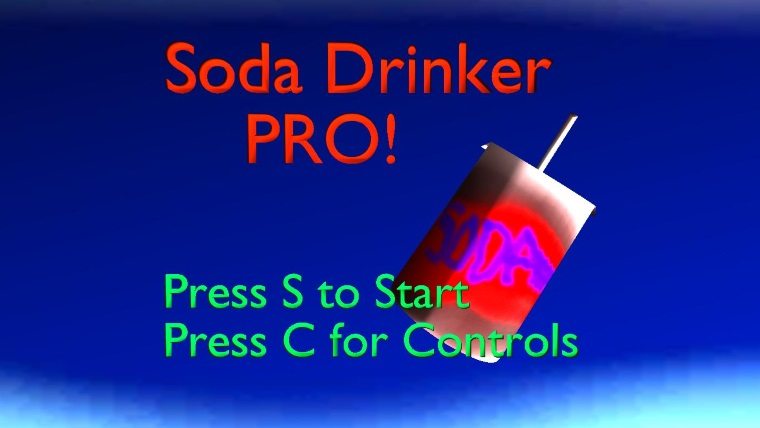 Have you ever felt like the soda drinking simulator genre is very under appreciated by your fellow gamers? Well, feel that way no more as Soda Drinker Pro is almost ready for its full launch on PC and Xbox One. The long in development indie game is said to be “coming really really close to being ready for release” with a new trailer hitting that shows off a lot of the additions and changes to the game.

Along with Soda Drinker Pro comes Vivian Clark, the game-within-a-game that actually feels a totally separate experience from SDP. Vivian Clark was originally hidden within Soda Drinker Pro, only being accessible by standing near a rock on a certain level. However, it has grown quite a bit, now looking more like a full release of its own (though we aren’t sure of the release plans just yet).

The games’ creator Will Brierly updated fans on the progress of both games, giving the following list of things that will be included in the full release. “Save States, Level Select, Crazy Achievements (360 No Scope Sodas and more!), Soda Crafting, Duel Wielding Sodas, Massive amounts of new content in Vivian Clark, New Soda Levels & Much More!”

No official date was given for the release, though he does emphasize that it is very soon on multiple occasions. We’ll have to wait and see just how long it’ll take though, so get ready for some real soda drinking action in the meantime.