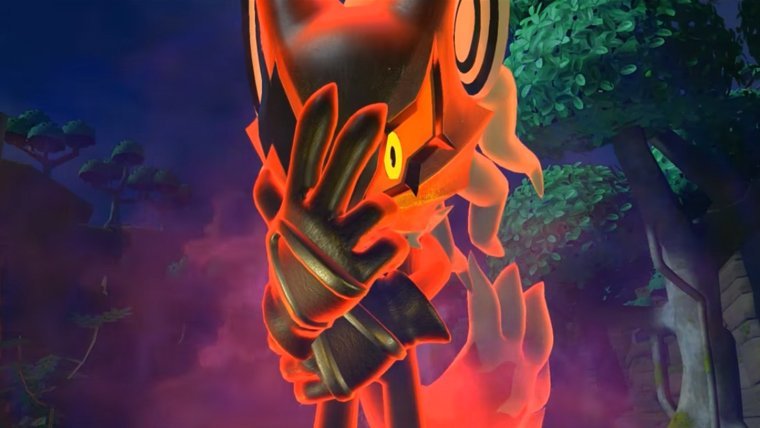 Sega has shared a new trailer of the upcoming Sonic Forces, introducing a new menacing villain called Infinite. He is joining the squad of agents of Eggman formed by Chaos, Metal Sonic, Shadow, and Zavok. However, Infinite immediately sets apart from the rest through a much darker and humor-less attitude, which is unusual for a platforming game that aims to appeal to a wide audience.

Infinite is faster and stronger than Sonic, and his first words make clear that he is not wasting any time before eliminating our hero: “You may call me Infinite…in the brief moments that remain to you.” The video takes every opportunity to state the seriousness of the character, even bordering the parody with its use of heavy metal music and fire as a visual effect.

From the two new Sonic games releasing this year, Sonic Forces is the one with the bigger production values, and is set in a post-apocalyptic world where the villains have succeed in taking over the planet. The other game is a nostalgic experiment called Sonic Mania, and will appeal especially to the fans of the most classic entries.

Sonic Forces will launch this holiday season for PS4, Xbox One, Nintendo Switch, and PC. Watch the new trailer below.