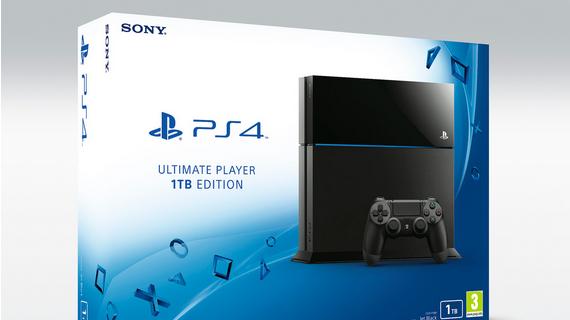 Sony Computer Entertainment Europe has announced the company will be releasing a new 1TB PS4 console next month.

As announced on the PlayStation Blog, the new model is called the “1TB PS4 Ultimate Player Edition”.

This new 1TB PS4 bundle will be available from July 15th in “select Europe and PAL territories”. There was no mention yet if this console will be released in North America or countries not from PAL regions.

Sadly, they didn’t give any indication of a price tag for this new 1TB PS4 either. One would think this new model will be priced slightly higher than the current 500GB model selling in stores.

Sony may have wanted to release the 1TB PS4 console as Microsoft recently announced it will be releasing a 1TB Xbox One console too. Games are getting larger in size, so it makes sense for the hard drive space to increase.

As you can see from the picture above, the 1TB PS4 console just includes the console itself and a DUALSHOCK 4 controller. It doesn’t come in a different color or a free game of any kind sadly.