South Park: The Stick of Truth or Trash? 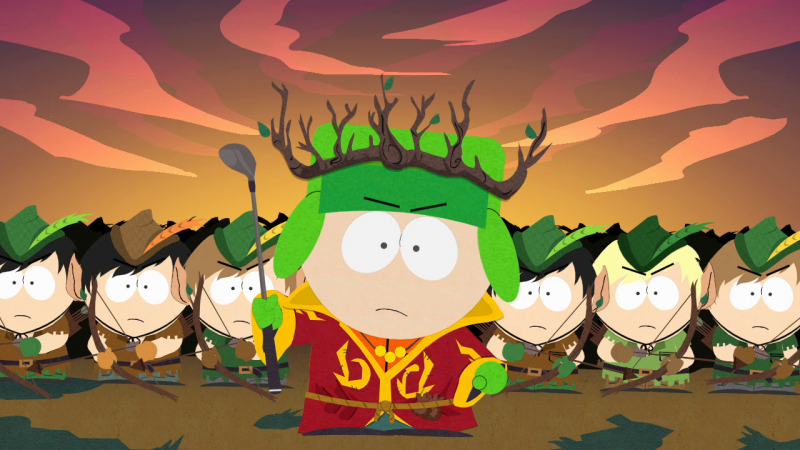 After THQ filed for bankruptcy, South Park fans waited patiently and Ubisoft came to the rescue. After delaying South Park: The Stick of Truth due to the financial troubles,  the game has finally released. How does is stand out apart from the TV show and other South Park video games? Very well.  That is if your a fan of the South Park world or don’t mind raunchy humor. Does this game do the TV series justice? The answer is simple, Yes!

South Park: The Stick of Truth feels like your actually playing an interactive episode of the TV show, and that is what Matt Stone and Trey Parker tasked Obsidian with. Stone and Parker wanted the game to have the same unique 2D look of the TV series and Obsidian hit the ball out of the South Park. The writing makes you feel like you are the star of the show with the South Park world revolving around you while still having the main stays of the show playing vital roles alongside you through out the game.

Stone and Parker still maintained the raunchiness of the show in the game if your in the US, but there is some censorship in the Australia and EU versions. Instead of playing some of the cutscenes they just added a pic with text describing what should be happening for each of the different censored scenes. In an interview with IGN Matt Stone says, “You’ll see how ridiculous that is… We weren’t willing to change the content, but also it doesn’t ruin the game – it’s like 40 seconds’ worth of the whole game. As long as we could make a joke out of the fact that they made us cut this, that was fine.” While I was playing a US version of the game and didn’t get to see the censored screens first hand, I did hear a bit of an outrage over the interwebs from gamers in the affected areas. Why put an age restriction on something if you are going to still censor, but I digress those are the laws in place in those areas so you really can’t help but abide. For the most part the games story is still the same in all versions.

Obsidian Entertainment in collaboration with South Park Digital Studios have put out a game that does a great service to the South Park Universe. The humor may be a bit raunchy but I would expect nothing less from something written by Stone and Parker. The game flows from game play to cut scenes flawlessly. The humor while at times might be a bit vulgar fits in perfectly within the South Park world and unless you follow the show you may miss some hidden easter eggs that will catch the attention of South Parks avid fans. AHEM, here is a tip, don’t turn off the in game music or you will miss some songs from the series playing randomly. While this type of humor will not make everyone laugh and some people speaking out against the game said “it feels like Stone and Parker used vulgar, racist, homophobic jokes as cheap way to get laughs.” I didn’t have a problem with any of the humor at all, even though I felt like I needed a shower after completing one of the later levels. I still shudder a bit while thinking about it.

All in all I thoroughly enjoyed South Park: The Stick of Truth, Stone and Parker have done a great service to their fans with this game. Combining traditional turn based combat with a funny and engaging cast makes this one of the better RPGs for 2014. It reminded me of playing Super Mario RPG: Legend of the Seven Stars back in 1996, similar game play style. So what did you think of South Park: The Stick of Truth? Did you enjoy the game? Did you like the game but are not a fan of South Park? Did you hate the game and feel it was to trashy for you? Let us know in the comments section below, MMMkay.