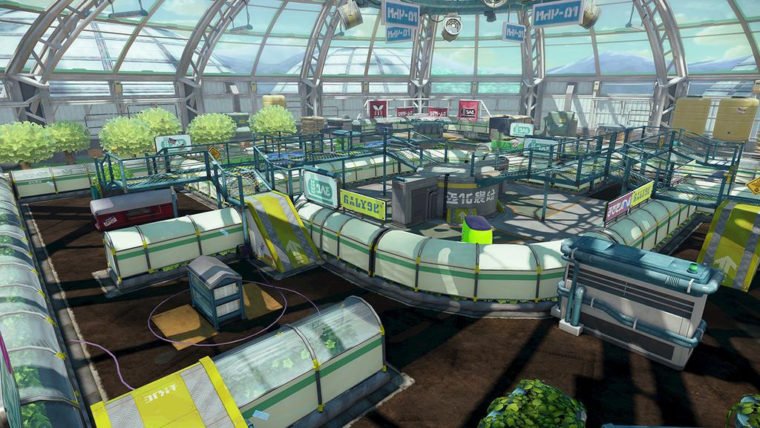 Nintendo may have launched Splatoon with a bit of a content issue, but they are quickly remedying this with free DLC maps and weapons. The game has only been out for a couple of weeks, but players have already received two free weapons and one free map. That number will be growing later today with the release of yet another free map, called Kelp Dome.

Kelp Dome is an enclosed arena with a maze-like structure to it. Pathways surround a middle area, with ramps leading to higher territory that can traverse across the rubber and glass barriers.

Kelp Dome was featured in the single player campaign, so to be fair, most of the content was already available, with Nintendo likely reworking it slightly for the multiplayer arena. However, this will bump Splatoon’s map count up to seven, which is a full 40% increase over the five that it launched with.

No new weapons have been announced for this week, so keep enjoying your Inkbrush and NES Zapper from before. More should be on the way though, so keep an eye out for them next week.

The exact release time isn’t confirmed, but the announcements point to around 10pm Eastern Time, so those in other territories should expect it tomorrow morning, as the original Tweet says.