The latest news in the world of video games at Attack of the Fanboy
June 4th, 2015 by Dean James 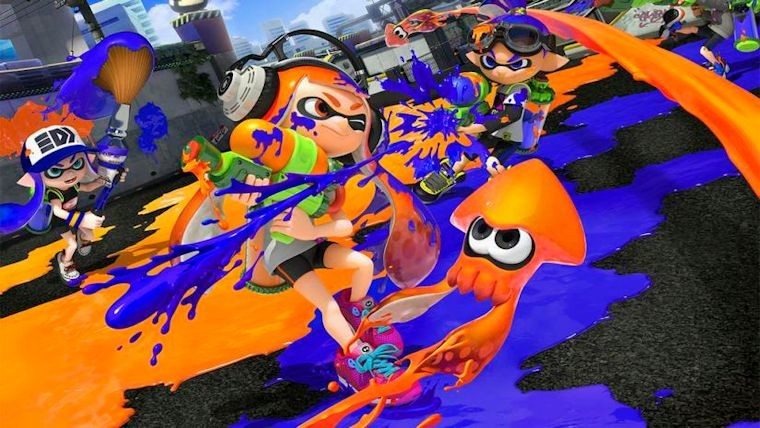 Splatoon made its much awaited debuted last week across the globe to near universal praise. Offering one of the most unique third person shooter experiences out there, Splatoon was definitely a risk for Nintendo as something very different from their usual offerings. While the first sales numbers have not come out for the US yet, the less than first whole weeks sales for Japan have been revealed and they are quite impressive.

Reports surfaced last week that Splatoon had sold out nearly all over Japan and now it has been revealed courtesy of Gematsu that Splatoon has sold 144,818 units since its launch in Japan. This put the game on top of the sales charts for the week, more than tripling the second place finisher. With the widespread sellouts, it would be interesting to know just how well the game might have sold if it was readily available for everyone during launch week.

In comparison, games like Mario Kart 8 and Super Smash Bros. fared better, but there were obviously many more copies available the those series had much larger built in fan bases. Splatoon’s debut is rather good for a new IP though and hopefully the US numbers will be as impressive when they are announced in the near future.