The latest news in the world of video games at Attack of the Fanboy
April 6th, 2017 by Mike Guarino 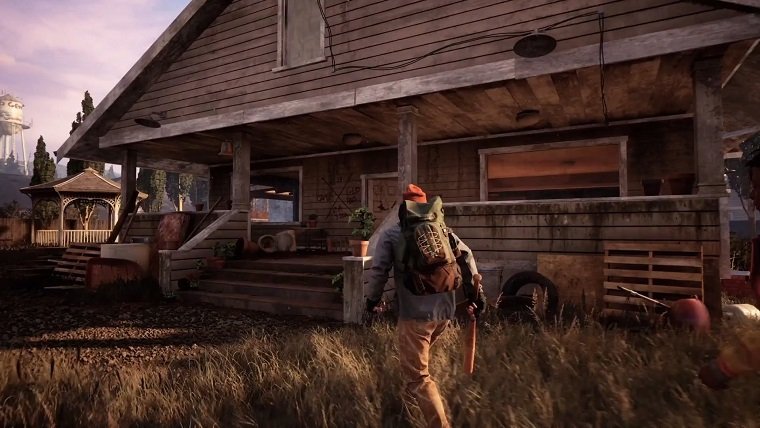 A followup to State of Decay is in the works and has been for a while, but we still don’t know exactly when to expect it. We do know that it will be coming at some point this year for Xbox One and PC, but apparently we’re going to have to wait until E3 to get the specific release date.

This news came to light when a fan reached out to developer Undead Labs on Twitter regarding anything happening at this year’s E3, to which they replied with “A release date. First real look at gameplay. You know…stuff.” They didn’t give any other information, but it looks like we can expect a big State of Decay 2 reveal during E3 2017. The game was originally announced during E3 2016, and we know that it will be introducing cooperative multiplayer to the series.

The original version of State of Decay launched on Xbox 360 and PC in 2013, before being brought to Xbox One in 2015 as the Year One Survival Edition. It is an action adventure zombie game that places emphasis on the player’s leadership when faced with a variety of problems. These include the likes of diminishing survival resources, group trust and morale, zombie extermination, base defenses, and the livelihood of others. It also utilizes aspects of other notable genres, including stealth and strategy games.

We reviewed the Year One Survival Edition of State of Decay when it launched in 2015, though we weren’t the biggest fans of it. The game’s visual presentation was one of the biggest flaws of the game, and we noted that calling it a remaster “seems a little disingenuous.” It’s a game with a lot of ambition and depth, but unfortunately has a lot of issues that constantly bring the experience down. You can check out our full thoughts on the game through our review.