Steam Rumored to be Coming to Xbox 360

Could Microsoft finally be caving in to Valve's lobbying to get Steamworks on the Xbox 360? 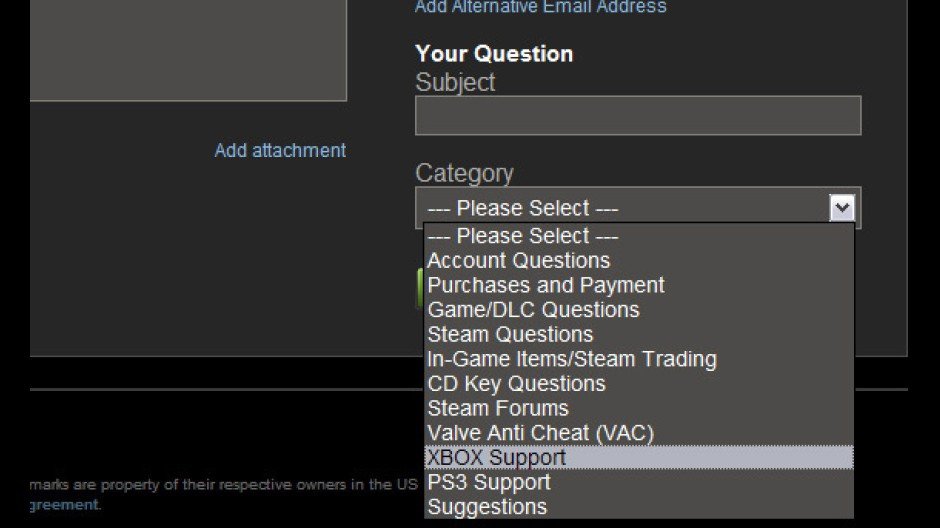 Upon the release of Portal 2, Valve was able to release a version of their digital distribution platform, Steam, for the Playstation 3 allowing frequent updates, access to community made content, and cross platform play between the console, PC, and Mac users. Now, it seems there may be the possibility of the platform coming to the Xbox 360. A reference to Steam XBOX support on the site’s online support forums has appeared and immediately sent the internet into a rumor frenzy. Seeing as Valve is releasing Counter-Strike: Global Offensive on console with Steamworks enabled on the PS3 version of the game in the not too distant future and the Tokyo Games Show on the horizon where many publishers and developers will be ready to make some big announcements, it’s possible Microsoft and Valve might reveal to be a pair of strange bedfellows who will have a love child known as Steam on Xbox 360.

Valve has already expressed interest in bringing Steam to Microsoft’s console, but that the decision would have to be made by Microsoft and it would require them to lessen the restrictions they have on the way content is distributed on Xbox Live, like frequent updates and community made content. Seeing as it isn’t likely for Microsoft to make such a dramatic change to how they distribute on XBL, it’s safe to say that this is an error on the site or is for Valve’s Xbox games (which is also mentioned in the FAQ). The more I think about this, the more I think the internet is just blowing this out of proportion, but we will just have to wait and see what Valve has to say on the matter.

Home / Game News / Steam Rumored to be Coming to Xbox 360