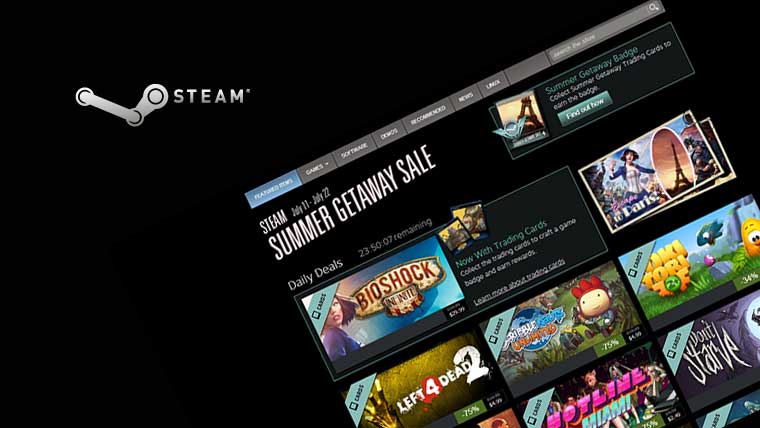 As rumored, the Steam Summer Sale has begun.  Veterans of the summer discount bonanza will find themselves in familiar territory with the sale that’ll run between now and July 22nd.  The sale will feature Daily Deals and Flash Sales.  The Daily Deals run for 24hrs, while Flash Sales will come and go throughout the promotion.

There’s also a community choice voting system going on, which will see one of three games hitting the proverbial bargin bin.  Dishonored, Borderlands 2, and Far Cry 3 are all up for the promotion and one of them will be discounted heavily.  Dishonored and Borderlands 2 will be marked down 66% to $10 if they are chosen by the Steam community.

There will be more deals throughout the days ahead, stay tuned, don’t blow your whole stash on the first day.

Head to store.steampowered.com to check out all that’s on sale for day one of the Steam Summer Sale.