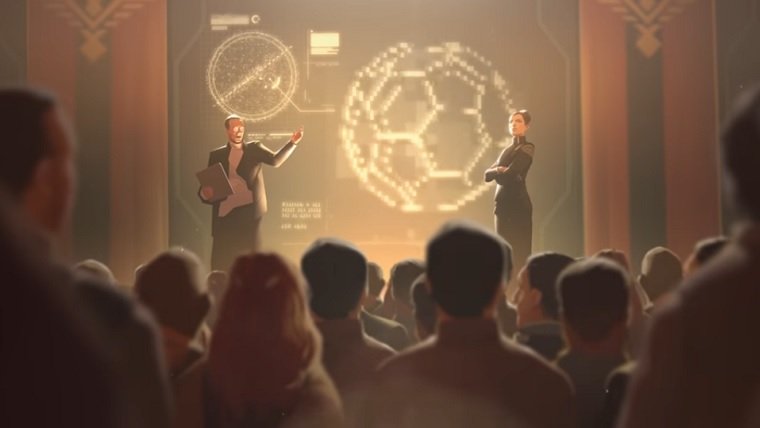 We recently learned that Paradox Interactive’s Stellaris would be getting its first gameplay expansion called Utopia soon, and today the developer has announced the official pricing and release date. The Utopia expansion will launch on April 6th and costs $19.99.

This expansion is set to add many things to the game, which centers around the new Utopia that vastly improves your tools to develop your empire. “Utopia is the first major expansion for Stellaris, the critically acclaimed science fiction grand strategy game from Paradox Development Studio. As the title suggests, Utopia gives you new tools to develop your galactic empire and keep your people (or birdfolk or talking mushrooms) happy. Push your species further out into the galaxy with new bonuses for rapid exploration or stay closer to home before striking out against all who would challenge you.”

The following is a rundown of the changes that will be coming to the game as a result of the Utopia expansion:

Megastructures: Build wondrous structures in your systems including Dyson Spheres and ring worlds, bringing both prestige and major advantages to your race.

Habitat Stations: Build “tall” and establish space stations that will house more population, serving the role of planets in a small and confined empire.

Traditions: Collect Unity points and adopt ideas and bonuses that will ease your species’ expansion across the stars, unlocking special perks for completing a set.

Rights and Privileges: Set specific policies for which of the many species under your thumb will have the rights and privileges of full citizenship.

Stellaris is available exclusively for PC, and you can check out the new Utopia “Path to Ascension” release date reveal trailer below. The game has been very successful for developer Paradox Interactive so far, with the developer revealing last year that it had the most successful launch out of any game they have ever developed.