The latest news in the world of video games at Attack of the Fanboy
December 12th, 2014 by Dean James 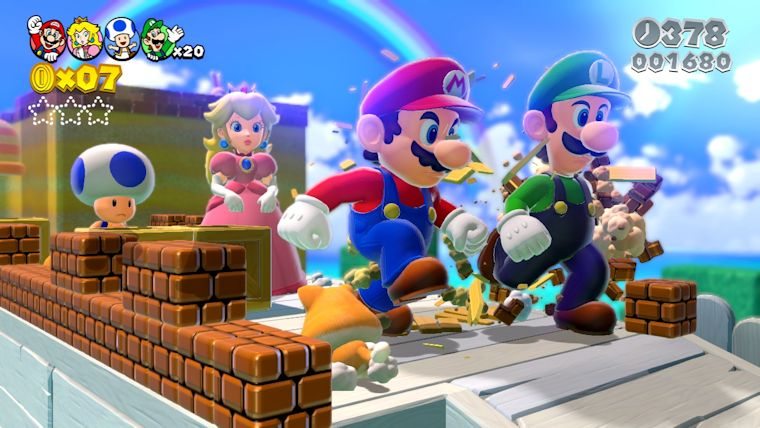 The video game industry has not exactly seen the most quality of movies based on the variety of properties over the years, but companies keep trying with movies like Assassin’s Creed in the works. However, the news that has come to light tonight is one of the strangest of all involving video game movies.

If you’ve been following the news lately, you’ve likely heard of the major hack of Sony by a hacker group that has led to leaked emails and negotiations surfacing. Following news of talks between Sony and Marvel for Spider-Man, it has been revealed that Sony Pictures has acquired the rights to make an animated Super Mario Bros. movie. While a different division, this is still under the same Sony that produces the rival PlayStation.

According to Kotaku, the report on Buzzfeed says that movie producer Avi Arad emailed Sony studio chief Amy Pascal about this deal being closed:

“I am the proud father of mario the animated film [sic],” producer Avi Arad told Sony studio chief Amy Pascal in an email dated Oct. 23, 2014, with the subject line “Mario.” Arad then forwarded Pascal separate images of him with Mario Bros. creator Shigeru Miyamoto and Nintendo CEO Satoru Iwata, the latter of which included the message, “Happy ceo, lets get together, it’s the mother load. [sic]”

The report also says that Pascal then forwarded this news to the head of Sony Pictures’ Tristar Studios, Tom Rothman, while saying “Avi closed Mario brothers. Animated.” Even more, the following day the report says Sony Pictures Animation’s president of production Michelle Raimo Kouyate sent Arad a Mario themed gift basket to congratulate him while saying ““Thank you Avi! Let’s build a Mario empire!” Kouyate also emailed Pascal and said ““I can think of 3-4 movies right out of the gate on this. So huge!”

Nobody has been attached to this project from the emails, but Pascal did mention fan favorite Genndy Tartakovsky, best known for Samurai Jack, Dexter’s Laboratory, and Hotel Transylvania.

As with all movies, especially those based on the video game industry, there is no guarantee this will be made. The news that it is animated certainly helps, but there are many movies that get cancelled or stuck in development hell forever. Regardless this is both excellent and unexpected news that hopefully will turn into something more.