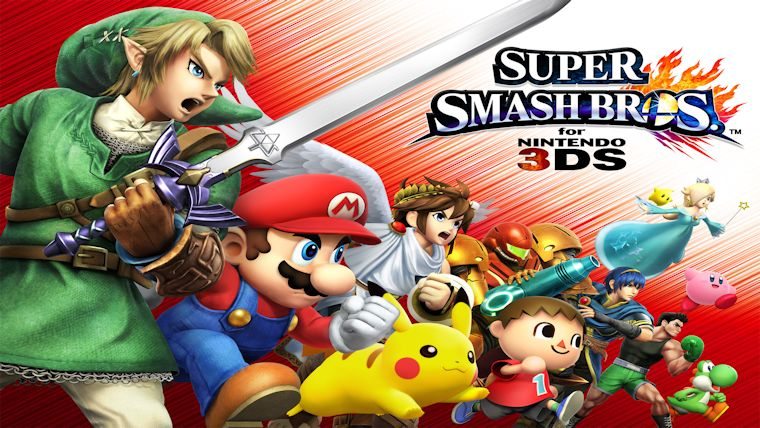 With Super Smash Bros. for Nintendo 3DS out in Japan Nintendo is beginning to ramp up their advertising in North America ahead of the October 3rd launch. Today saw a big push with the release of three new videos which seem to center around the idea of people using Super Smash Bros. to settle their disputes, using the catchphrase “Settle it in Smash!” It’s an interesting idea, and definitely one that has a feeling of familiarity with my own experiences. A few personal arguments have been settled with a quick match of Super Smash Bros. or Mario Kart. How well these ads do probably won’t affect the overall sales of Super Smash Bros. for Nintendo 3DS though, as we saw in Japan there was huge anticipation for the title.

All three commercials are quick to point out that this is the very first time the Smash Bros. series has been available on 3DS. In fact, this is the first portable version of the game ever made, having skipped the DS and Game Boy before. You can check out one of the ads above, and see the other two by clicking here and here.

If these videos make you more interested in getting Super Smash Bros. for Nintendo 3DS then be sure to let us know in the comments. You can also check out our impressions of the demo that is currently available on the Nintendo eShop by clicking here. In short, Smash fans are in for a really great treat when the game is released for 2DS and 3DS on October 3rd.

Once the 3DS version is out Nintendo should begin pushing more for Super Smash Bros. for Wii U, which is set to release this holiday season. While the character roster will remain the same between the two games, the stages and mdoes will be different.