SWTOR Could Gouge WoW for as many as 1.6 Million Players 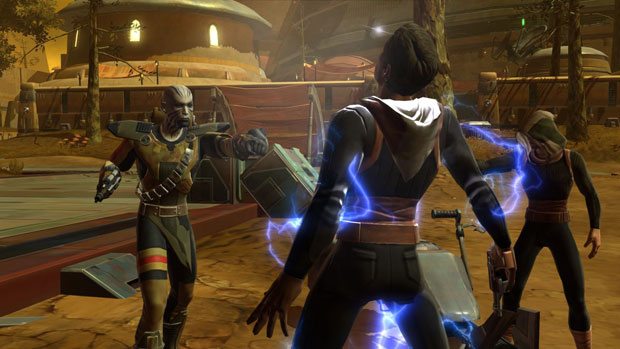 If you listened to or followed Blizzard’s financial reports over the last year, you’ve probably heard that World of Warcraft has been on the decline. Despite content roll-outs and big new announcements, the MMO has lost a large number of players.

This holidy season, another new competitor throws its hat into the ring to take on World of Warcraft. Star Wars: The Old Republic is getting set for a mid-December release, and analysts believe that the newcomer could take as many as 1.6 million players from World of Warcraft.

Lazard Capital Markets in conjunction with Peanut Labs, conducted a recent survey which saw 50 percent of the 381 takers say that they are ready for a new MMO experience. Half of those people also said that they plan to purchase Bioware’s MMO, and have an interest in trying it.

However, in the same survey, nearly 40 percent of those same WoW players claim that the Mists of Pandaria expansion will be enough to pull back into the subscription based content. It’s hard to tell if Bioware’s The Old Republic has the goods to topple the most popular MMO in the world, but we’ll see very shortly just how good it is.

Home / Game News / SWTOR Could Gouge WoW for as many as 1.6 Million Players