It's only a timed exclusive until the full Version 1.0 launch. 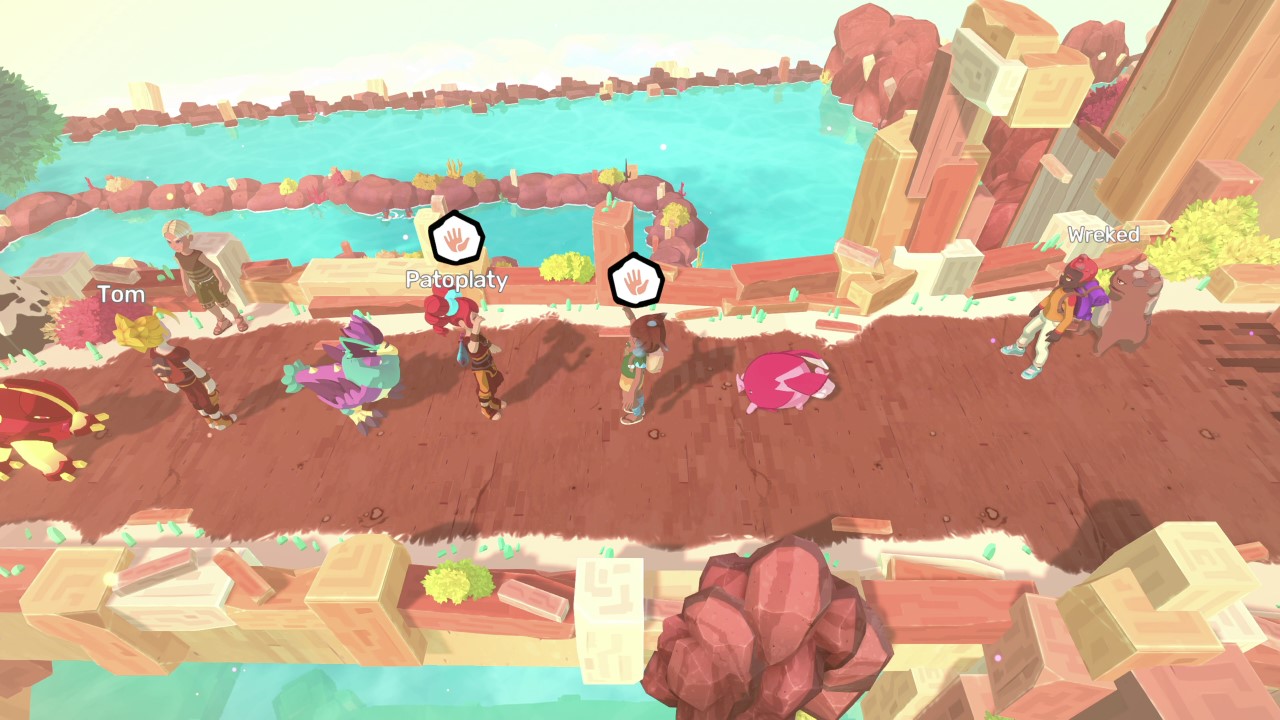 Critter-battler and MMO Temtem, which drew many comparisons to Nintendo’s Pokemon when it launched on PC earlier this year, is coming to the PlayStation 5 this December. Not only that, but it appears the game will be an exclusive title for the console. In a handful of posts over on the PlayStation Blog, game director at Crema, Guillermo Andrades, shared with fans what to expect from Temtem’s PlayStation 5 debut.

Temtem will remain an Early Access title when it arrives on the PlayStation 5 December 8th. The game will feature full crossplay between the PS5 and PC, so those of us who have been hard at work farming our Luma’s over on Steam can party up with all the new tamers on console. Four of the six main islands will be available for players to adventure in, with over 100 Tems to capture. Players can enjoy the whole campaign in co-op, though they’ll have to wait on those last two islands to drop before they can actually finish it.

PlayStation 5 Temtem owners will have access to all the same features as their PC counterparts, to include the Saipark for enhanced Luma farming, player housing in the Atoll Row, as well as weekly Dojo leader battles. If they want to kick their feet up and relax, Tem trainers can spend some time fishing up one of the 10,368 different Koish variations at the Nuru Lodge.

Interested tamers can pickup Temtem on the PlayStation 5 with one of the two versions available for pre-order now. The Standard and Deluxe Editions are technically on sale if you pre-order them before December 8th, though the discount isn’t anything worth writing home about. The Standard Edition will be $39.99 at launch, but can be pre-ordered for $37.49. The Deluxe Edition is $59.99, or $57.49 with a pre-order. The difference between the two editions? A cosmetic bundle.

While the sale is damn near non-existent, interested tamers will benefit from picking up the game early, because the base price will increase with each new major island added until the price flattens out to $44.99 and $64.99 for the Standard and Deluxe Editions respectively. I haven’t played Temtem since it released into Early Access on Steam earlier this year, but I won’t lie and say I’m suddenly not interested in returning for a jaunt with this news. Crema’s monster-fighter does enough differently to set itself apart from Pokemon, and if it remains a PlayStation 5 exclusive it’ll prove a nice feather in Sony’s cap.