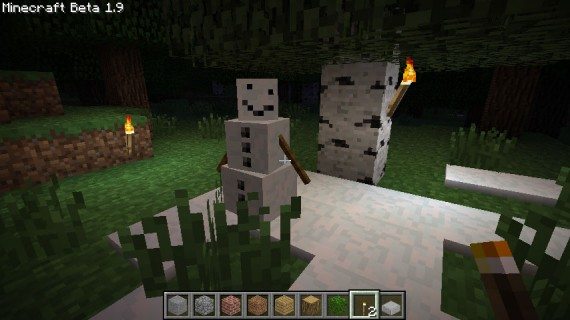 Notch recently introduced a new mob to Minecraft fans, which should be heading to the game in future updates.  The new mob is called the Snow Golem, which the developer recently teased on his Twitter account.  The Snow Golem is said to spread snow as it moves around, and won’t be a hostile character.   The Snow Golems will pelt creepers and spiders with snowballs enticing them to attack, as Notch calls them “suicidal”.

I suppose anything is better than having these baddies on your back.  As it stands, the “Suicide Snowmen”  should provide you with some back-up in the best case scenario, and a laugh at worst.

When these Snow Golems will be heading to Minecraft was given by Notch, but stay on the lookout for more info on the new mob.