This Halo 4 Concept Art Video is Both Ambiguous and Beautiful

The latest news in the world of video games at Attack of the Fanboy
August 28th, 2011 by William Schwartz 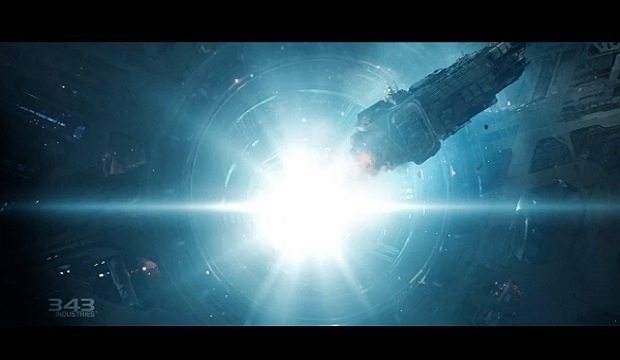 The guys from 343 Industries were predictably vague when pressed for Halo 4 info at this year’s PAX Prime, but at the very least, fans at least have this mysteriously beautiful concept art video to try and decipher. The Human-Covenant War may be over, and the Flood may have become less of a threat to mankind following the destruction of the Gravemind, but that won’t stop gamers from debating how the franchise’s campaign will play out over the next three games.

Though the Flood on the Ark are gone, it is probable that the Flood still exist on other Forerunner installations, and the legendary version of the Halo 3 ending suggests that the Chief is headed to a former Forerunner planet that may have been abandoned due to an overwhelming Flood attack. It’s worth noting that the image at 1:08 in the video looks identical to the cover of “Halo: Primordium”, the tenth Halo novel that will reportedly tell the story of the Forerunner’s rule over the galaxy and the major obstacles they had to endure. The book may also shed light on why the Halo rings were created in the first place which would give some interesting background information and insight to the events of Halo 4.

The 343 Industry panelists at PAX stated that Halo 4 will go into detail in regards to the backstory of John-117. Art director Kenneth Scott said that the Master Chief seen in the Halo 4 teaser would not be the actual in-game Chief. Realizing how essential the famous Spartan is to the series, Scott said: “We know how important Chief is to fans. When people play Halo 4, we want them to have that feeling that ‘I’m a bioengineered super soldier wearing 800 pounds of tank and jet fighter.’ ”