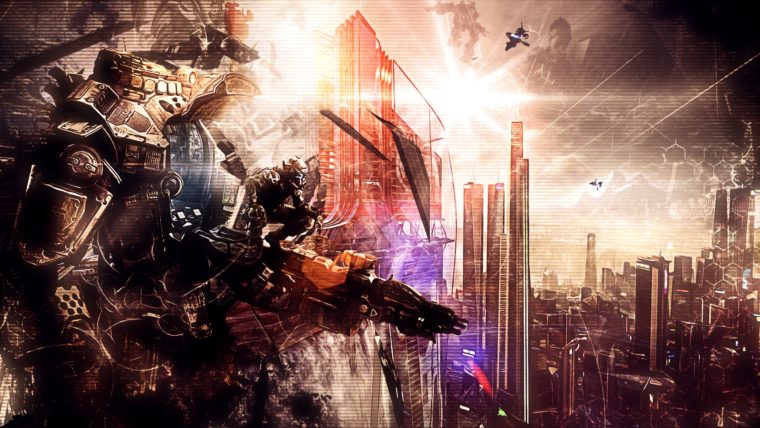 Amazon’s Gold Box sale features one of the biggest first-person shooters in years at an insanely low price. For a mere $37, you can own Titanfall for the Xbox 360, Xbox One, or PC. PC owners can get it physical form or in two kinds of digital downloads, while only physical versions are on sale for consoles. Since the game requires Xbox Live Gold for consoles, a 17% discount has been applied to a three-month membership card. That means that instead of spending $25, you can get it for $21. The PC version obviously doesn’t require Xbox Live, but a free Origin account is needed – so be sure you have one, and you might as well get Dead Space for free after doing so since it’s an “on the house” game until May 8.

Titanfall is an incredible FPS and has such a fast pace to it that it’s easy to recommend for those who don’t normally enjoy the genre. The combination of shooting, mech combat, parkour, and platforming makes it feel vastly different from any other FPS on the market today. Visually, those with a powerful PC should snatch up that version, while Xbox One owners will have the best console version – although even with that hardware, you’ll notice some muddy textures fairly quickly. The Xbox 360 version is a clear visual downgrade, but if you have no other option to play the game, then getting it for nearly 40% off within weeks of its release is fairly reasonable. You’re not going to get the exact same experience, but it’s still an impressive game that like GTA V, pushes the past generation hardware to its limits. Anyone with even a mild interest in the game should pick it up at this price. It’s unlikely to be much cheaper on its own until  Black Friday, or some other form of holiday season sale.