ToeJam And Earl: Back In The Groove Gets Its First Trailer 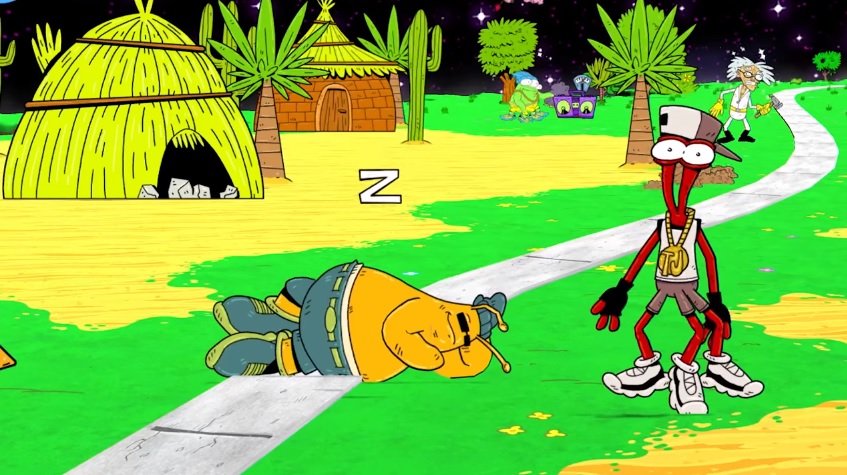 Early last year a Kickstarter campaign was revealed for ToeJam and Earl: Back in the Groove, which saw the dynamic duo returning to action for the first time in a very long time. However, rather than continuing with the failed 3D formula that was attempted on Xbox, this time we’re going back to the gameplay from the classic first game.

While the Kickstarter was a success and we’ve gotten occasional updates since then, we finally have our first official trailer of the game to check out. While the trailer is very brief, it does give a solid look at what we can expect from this game. Fans of the first game will see many of the gameplay elements featured in that one, though fans of the second game will be pleased to know that the Hyper Funk Zone has been incorporated, as well.

Here’s the description of the game from the new trailer:

“Yo! Check it out… ToeJam and Earl are back on Earth once again, getting funky and running from those crazy Earthlings. Deja vu! (deja vu!) Here’s the basics… TJ decides it’s a good idea to “borrow” the Rapmaster Rocketship from Lamont (no point waking him up, right?), so he and Big E. can take Latisha and Lewanda out for a joyride. While they’re in orbit around Earth, maybe showing off just a little, TJ tells Earl to crank the bass on the speakers and “Press the RED button!” Unfortunately, that’s the button that says: “Black Hole – Do Not Press!!” (Doh!) You can pretty much guess the rest, TJ and Earl once again find themselves searching for the pieces of their Rocketship, collecting power-up presents left lying around by Santa, and dealing with the less-than-rational human beings.”

“Back in the Groove is a mash-up of the very best features from the classic console games (that’s one and two, y’all), with a pile of new features thrown in. The goal is to give old skool TJ & E fans a pure blast of funky nostalgia, and give new players a taste of the light-hearted, co-op play that is TJ & E.”

ToeJam and Earl: Back in the Groove was initially set to launch later this year, though this trailer reveals that it’s now coming in 2017 for “PC and Console.” The game’s Kickstarter campaign only confirmed it for a PC release, so it looks like Adult Swim Games will be helping to bring it to consoles. Check out the teaser trailer below.

PC GAMES Toejam & Earl: Back in the Groove
We're Looking For Contributors

Home / Game News / ToeJam And Earl: Back In The Groove Gets Its First Trailer