The latest news in the world of video games at Attack of the Fanboy
January 29th, 2015 by Danny Vittore 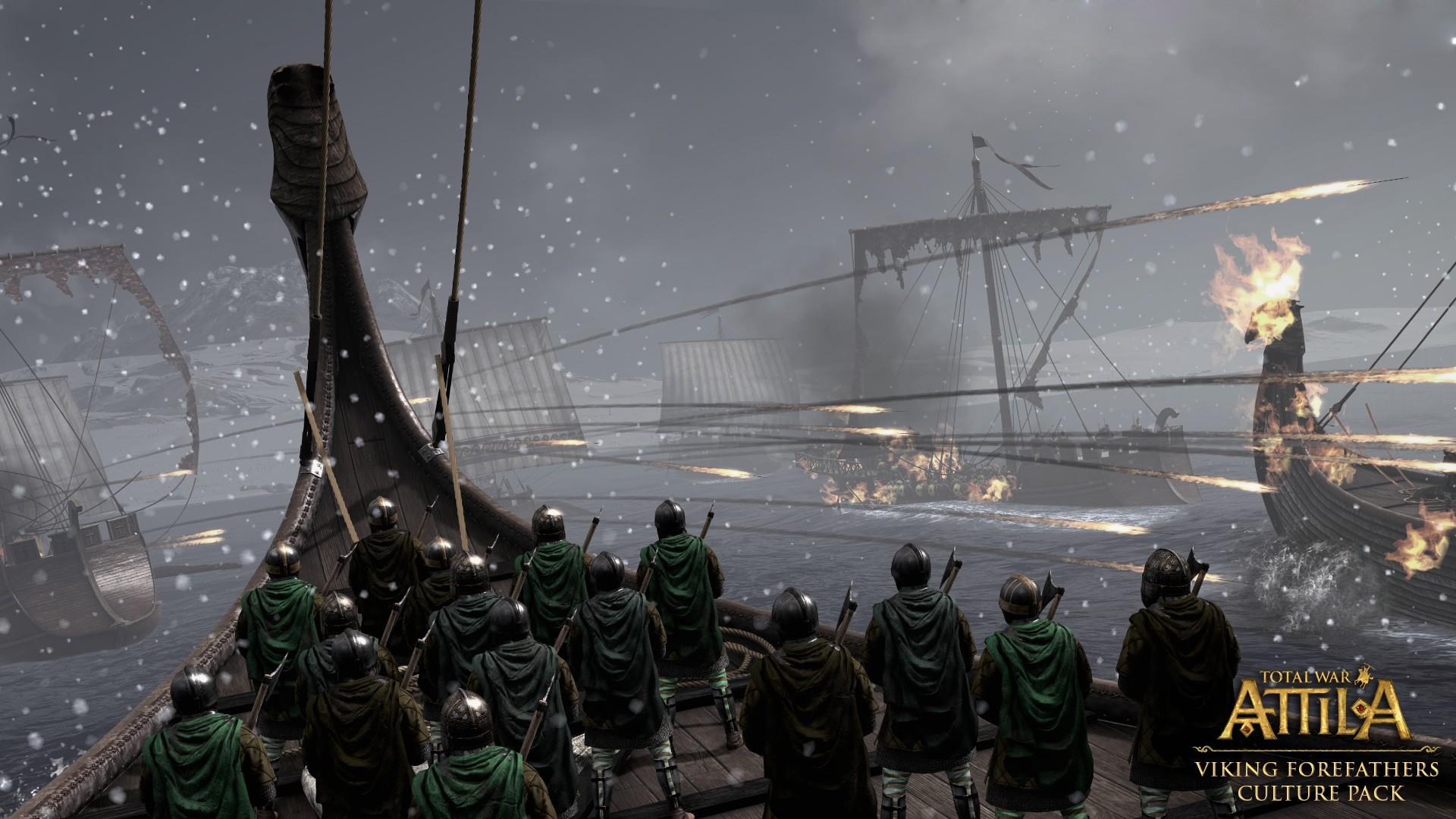 Total War Attila will be mostly about the fall of the Western Roman Empire and the rise of the Huns and the Eastern Roman Empire. Nobody questions this. It’s just that sometimes, we forget that the Vikings kind of existed during the same period. Or at least, their forefathers did.

In the Creative Assembly’s most recently released video, we can see a Let’s Play, which you can watch below, that consists of playing through as one of the Norse factions that will be playable if you own the Viking Forefathers Culture Pack.

Throughout the Let’s Play, we learn a few new interesting things such as the fact that while your normal troops can become ships, they become very ineffective due to seasickness. Fortunately for the Danes, one of the Nordic factions you will be able to play as along with the Geats and the Jutes, they have a special attribute that prevents their soldiers from getting seasick. Also, at the end of battles, you will be able to choose to either ransom and release prisoners that you have captured for a small boost in your economy, but a drop in your army’s integrity, take on warriors to replenish your numbers or straight up kill them.

Lastly, one last interesting feature is that you will be able to hire nomadic people’s units as mercenaries if they pass through a province your army is currently in.

Total War Attila is set to be released on the 17th of February for PC and if you pre-order the game, you will get the Viking Forefathers Culture Pack for free!

Will you be getting the Viking Forefathers Culture Pack with Total War Attila? Let us know in the comments below!