The latest news in the world of video games at Attack of the Fanboy
May 16th, 2017 by Jose Belmonte 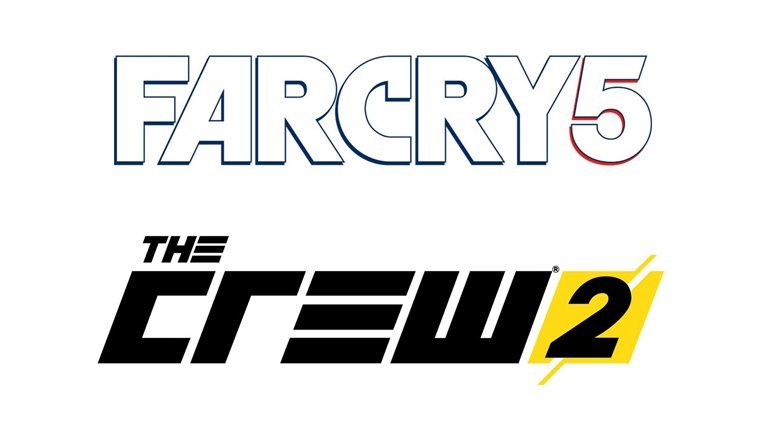 As part of the fiscal year results presentation, Ubisoft has confirmed the main titles that will release in the coming months, revealing that two of them are new main entries to the Far Cry and The Crew franchises. The company has even shared the logos of each game, with the one for Farcry 5 sparking even more speculation about its setting considering its design and its colors. Other games confirmed to release in the next 12 months are new entries of Assassin’s Creed and South Park.

Far Cry 5 has been rumored to exist for quite some time now, with sources affirming that the game would change its location to the state of Montana in the United States, and would be set in current times. The logo revealed by Ubisoft today seems to fit this description, with people taking the inclusion of colors white, red, and blue as a reference to the American setting. The title is also stylized with a modern look, which seems to point to a setting in modern times.

The latest rumors described the game as a modern Western tale, with players taking control of a police officer that sees how his town is taken over by a band of criminals. This way, the main character becomes a figure of justice, who decides who to punish and how to do it, something that fits perfectly with the essence of the franchise.

The Crew 2 has also been confirmed by the company, although we don’t have much more details than the fact that the logo suggests that the game will not introduce dramatic changes to the formula, instead presenting a bigger and better game than its predecessor. While the original game had some shortcomings, it ended up being a successful title for the company, and a sequel that improves on the original open-world racing concept can easily become one of the highlights of the year.

Far Cry 5 and The Crew 2 have been confirmed to release in the next year. While the company hasn’t mentioned any platforms, it’s safe to assume that they will release on PS4, Xbox One, and PC at the very least.