The latest news in the world of video games at Attack of the Fanboy
November 13th, 2015 by Kyle Hanson 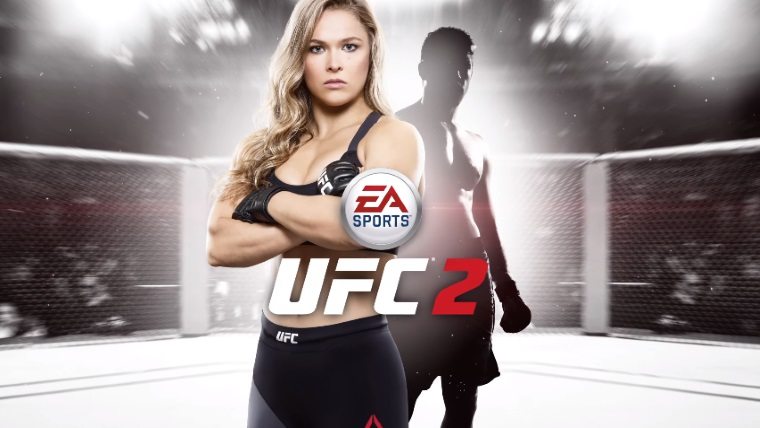 EA has revealed that “UFC Bantamweight and undefeated champion Ronda Rousey will be the global cover athlete for EA SPORTS UFC 2, launching Spring 2016.” The announcement seems to indicate that another athlete will join her on the cover, though who that is and how it will all work hasn’t been disclosed as of yet.

Rousey has made a career out of breaking through barriers, and this announcement is no different. She will be the first female global cover athlete in EA Sports history. Of course, seeing what she has done for the sport of MMA, and women’s MMA specifically, the honor is well deserved.

“Ronda Rousey is a world class athlete that has helped grow the UFC into what it is today,” says EA CEO Andrew Wilson. “I am a huge fan of this sport and I’m proud to have her as our global cover athlete for EA SPORTS UFC 2.”

The announcement came alongside a video featuring Rousey herself. Explaining that she is a gamer, something that many fans have known thanks to her love of Pokemon, and how important it is to have a female global cover athlete, Rousey seems quite proud to be featured.