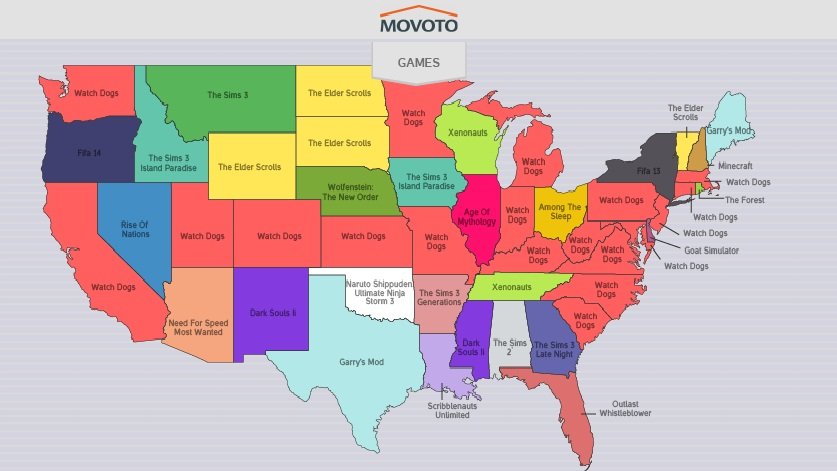 Watch Dogs sold well over 8 million copies this year as it’s the best selling new IP from Ubisoft. It is also America’s most pirated game too.

Real Estate company Movoto did an interesting research study on the United States and what they were torrenting. The study looked at other things such as movies, but games is what we’re most interested about. It’s interesting to see that Watch Dogs is the most pirated game from many of the states in the USA.

It’s worth noting Alaska and Hawaii have been left out of Movoto’s study. Anyway, the main point here is that Watch Dogs seems to be the most popular game of 2014 so far. It’s legitimately the best selling game this year so far, and the most pirated too.

This kind of reminds me about the time the movie Avatar came out. That movie broke records both at the Box Office as well as with torrent websites. People were out in droves both paying and pirating the movie.