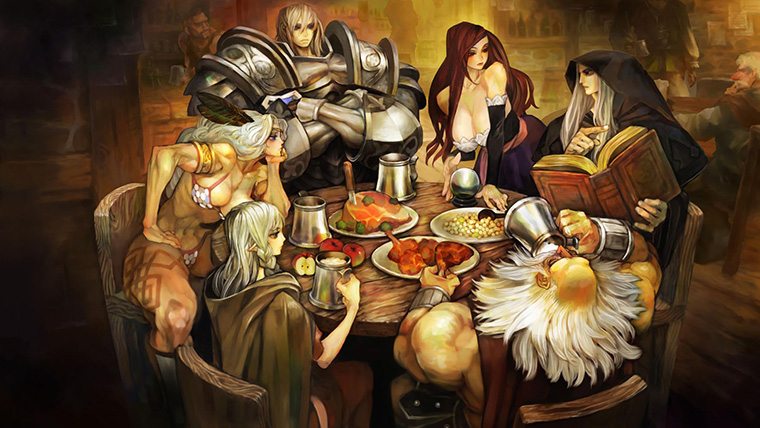 Dragon’s Crown – PlayStation 3, PS Vita – Brandish your blade, dust off your grimoire, and rally your online adventuring party.  Dragon’s Crown thrusts you into a fantastical medieval world packed with labyrinthine dungeons to explore, vile monstrosities to smite, and nearly endless online adventure. Your mission is to dive into the dank underworld, uncovering treasure and strengthening your mettle as you unlock the secret behind the ancient dragon threatening the world.

Pikmin 3 – Wii U –  Take command of three explorers and a legion of adorable Pikmin in a fight for survival. Enlist the help of tiny Pikmin with unique abilities to solve puzzles, battle monstrous enemies, and retrieve food needed to save your depleted home planet. Explore an alien world from a pint-sized perspective, and experience the charming personality of Pikmin.

Tales of Xillia – PlayStation 3 –  Set in a world where humans and spirits share a symbiotic existence with each other, Tales of Xillia follows the adventures of two unlikely heroes in a land where two conflicting nations are heading to a clash. Building upon the signature real-time combat, epic storytelling, and strong character relationships from the series, Tales of Xillia immerses players into a sweeping role playing adventure beyond imagination.

Guacamelee! – PC – Guacamelee! is a Metroid-vania style action-platformer set in a magical Mexican inspired world.  The game draws its inspiration from traditional Mexican culture and folklore, and features many interesting and unique characters. Guacamelee builds upon the classic open-world Metroid-vania style of games, by adding a strong melee combat component, a new dimension switching mechanic, and cooperative same-screen multiplayer for the entire story.

Ibb & Obb – PlayStation 3 – Ibb and Obb is a two-player game. You have to work together to find your way through the non-newtonian world. Gravity isn’t what it used to be. In the bottom half of the world gravity is reversed, enabling ibb and obb to walk on both sides of the floor. You can move from one half to the other through warps in the floor. The layout of the level creates all kinds of puzzles which you’ll only solve if you work together. Collect the diamonds on your way through the world and earn more if you play fast and work like a team.

Brothers: A Tale of Two Sons – Xbox 360 – Guide two brothers on an epic fairy tale journey from visionary Swedish film director, Josef Fares and top-tier developer Starbreeze Studios. Control both brothers at once as you experience co-op play in single player mode, like never before. Solve puzzles, explore the varied locations and fight boss battles, controlling one brother with each thumb stick. This is one journey you will never forget.

Superfrog HD – PlayStation 3, PS Vita – Superfrog HD is a 2D amphibian platformer that is an HD remake of Team17′s classic Superfrog, which was released in 1993 on the Amiga. It will feature all-new graphics and will be appearing on the PlayStation 3 and PlayStation Vita.

Disney Planes – Wii U, Wii, 3DS, DS – From above the world of “Cars,” “Disney’s Planes” video game takes players on a high-flying, action-packed, fun-filled adventure with Dusty, a big-hearted, speed-loving crop duster, voiced by actor and comedian Dane Cook.Take to the skies and continue the storyline beyond the film with Dusty and other characters from the film, including Ishani, voiced by actress Priyanka Chopra; Echo, voiced by actor Anthony Edwards; and Bravo, voiced by actor Val Kilmer, as they embark on global missions, air races and grand adventures around the world.