Which Next-Gen Shooter is the Best?

The latest news in the world of video games at Attack of the Fanboy
September 28th, 2013 by William Schwartz 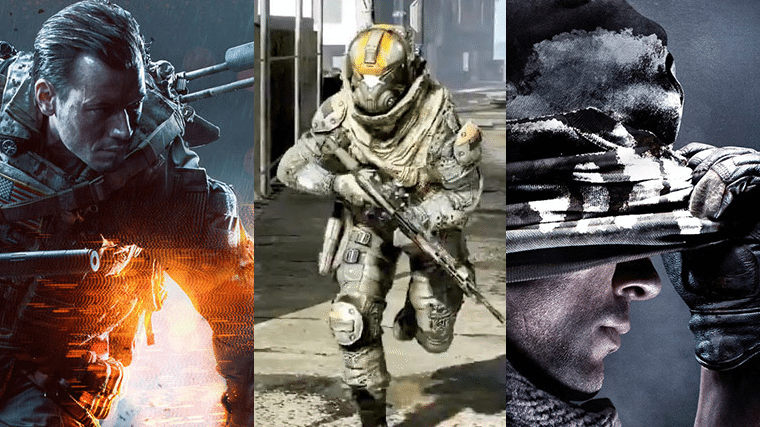 At Eurogamer Expo 2013, there were three next generation shooters available to play; Call of Duty: Ghosts, Battlefield 4 and Titanfall. I was fortunate enough to play all 3, and thought I’d share my opinion on which next-gen FPS will be the best.

Call of Duty: Ghosts was the first of the three shooters that I played, and I spent the most time with it. Not because it was my favorite, or because I was most excited about it, but because there was no line to play it on PC and I didn’t really want to wait well over an hour. As there was no queue on PC, I was able to play 5 or 6 games in a row, on the three maps being demoed at EGX 2013. Without further ado, my opinion on Ghosts: It’s Call of Duty. That’s about the best way to describe it. To paraphrase Marc Whitten, in IGN’s AMA; “CoDs are CoDs are CoDs.”

Call of Duty: Ghosts is a classic twitch shooter that you’d expect from Activision’s flagship series. Even using the keyboard and mouse (which, believe me, I am far from proficient with) I was able to get a positive K/D every game I played. Equally, when I played my one and only game on Xbox One, the gameplay was still fun, frantic and fast paced, and I adapted quickly enough to top the leaderboard. This certainly isn’t a disservice to Ghosts however. If you enjoyed the previous Call of Duty games like Modern Warfare 3 or Black Ops 2, then you’ll probably enjoy Ghosts.

It would be unfair to say that it hasn’t changed at all however. The customization options in Ghosts were impressively large in number, while new gameplay additions like the perk selection system, new game modes like Cranked and Blitz and the field orders spice up Infinity Wards’s FPS. They also had a demo of the space mission from the Campaign playing, and what I saw impressed me. But is it the best next-gen shooter? Not in my opinion, just because I didn’t see enough innovation to really push it in front. The intent was there, and I was pleased with the improvements I saw, so I’m sure the final version of the game will have a lot to offer.

Battlefield 4 was the last FPS that I played at EGX 2013, partly because of the long line. My honest opinion of Battlefield 4 is similar to that of CoD: Ghosts; it’s too similar to previous games in the series. Don’t get me wrong, it’s a great game visually and technologically. Impressively large maps with good visuals and large lobbies are expected from EA. Battlefield 4 ticks all of these boxes, but it felt too safe. It didn’t push the boundaries from what I saw. The maps and lobbies were large, but so were Battlefield 3’s. The graphics were good, but didn’t look as impressive as I’d expect from a next generation title.

As with Ghosts, it would be unfair to say that Battlefield 4 hasn’t advanced from its predecessors. The customization options, particularly with guns, almost overwhelmed me because they were so numerous, while the levels seemed well designed to allow almost any playstyle to be effective if you played cleverly. If you were wondering, I also had a positive K/D, though my team lost the objective game mode (which I was helping with, just in case you thought I was being a lone wolf.) In this sense, Battlefield 4 definitely seemed like the most realistic and diverse of the 3 next-gen shooters, but is it the best of the First Person Shooters? Not in my opinion, for the same reason that it didn’t innovate enough for me, and didn’t stand above the rest. Don’t worry though, as I’m sure BF4 will be your favorite if you’ve poured hours of play into Battlefield 3.

Titanfall was, as you’ve proved ascertained by now, the second next-gen shooter I played at EGX 2013 and also my favorite. I do have a small confession though; I played it on the Xbox 360, so I didn’t technically have experience with Titanfall as a next generation title.

However, this truly is a testament to Respawn Entertainment’s debut game. It shone brighter than two established AAA shooters that I experienced on next-gen consoles, despite being on an 8 year-old piece of kit. There has been, and still is, a lot of hype surrounding Titanfall, but it wasn’t very high on my list of anticipated games until now if I’m honest. I knew that it wasn’t going to be released until 2014 (which is without a doubt the biggest negative I have about the game) and so it wasn’t really on my radar.

Before I got my hands on it, after more than an hour of queuing, the folks at EA sat 32 people down at a time and showed them a demo video that explained the classes of pilot and titan available to them at EGX 2013. This instantly set it apart from any other game because they gave you a chance to experience it and learn more about it beforehand rather than expecting you to learn on the fly, which was a nice touch. Things only got better from here, and the game felt genuinely innovative and fresh. It was fast paced and fluid, with familiar controls and different classes based on preferred playstyles. You’d expect these things from Respawn as they have Vince Zampalla, ex-boss of Infnity Ward, working on it, but Titanfall isn’t ‘CoD with mechs’ as the internet might have you believe.

Firstly, I wouldn’t describe it as a twitch shooter. Kills don’t come as quickly as in Call of Duty, and the vertical aspect of the game makes matches feel entirely different. Titans are agile, pilots are even more agile and the cinematic start and end of every match was a nice new touch. I am slightly concerned about how they will manage their unique blend of campaign and multiplayer, but I don’t think we’ll much about that until very close to the release. So is Titanfall the best next generation first person shooter? In my opinion; yes, although it does launch a few months after the other two which saddens me slightly. I think it will be well worth the wait though.

What do you think will be the best next-gen shooter? Have you played any of them? Leave your thoughts in a comment below.

Home / Game News / Which Next-Gen Shooter is the Best?