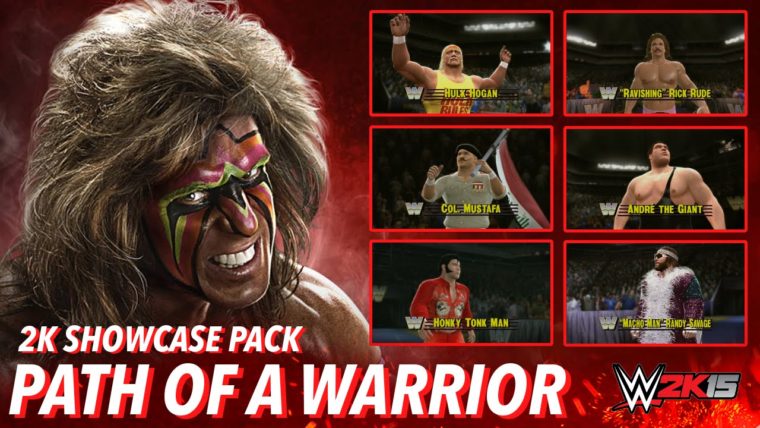 We will know WWE 2K15’s “Path of the Warrior” DLC’s release date this Saturday.

As announced earlier this week, IGN is set to stream the “Path of the Warrior” 2K Showcase DLC on Saturday during the Fan Axxess event.

WWE 2K15’s Community Manager confirmed on the 2K forums that we will also know the “release details” of the DLC this Saturday. Many people have been wanting this mode for a long time since the game came out late last year.

It’s being speculated that the release date for the WWE 2K15 “Path of the Warrior” DLC is March 31st. This is still a rumor but it could come true. The reason behind this is because 2K Games wants to release the DLC close to the one year anniversary of Ultimate Warrior’s death.

There was a blunder earlier this week where some PS4 owners had a chance to download the WWE 2K15 “Path of the Warrior” DLC already. SCEA made a mistake and made the DLC available for a brief time on the PSN. Marcus Stephenson said this himself on the forums. He had to call SCEA to remove the DLC.

Since the DLC was somewhat leaked earlier this week, this is a sign that the content is finished already. The release date is more than likely going to be very soon. The speculated March 31st date could turn out to be true.

Update: IGN confirmed during their stream the release date is indeed March 31st.