PlayStation 4, Xbox 720 and the battle for indie games 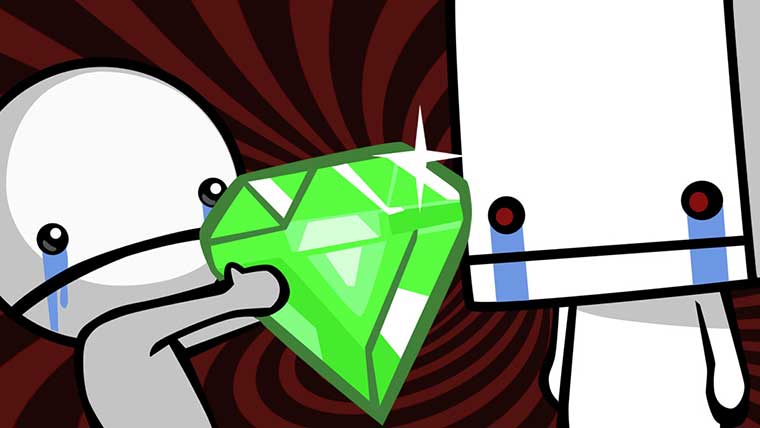 The gates to game development have come crashing down in recent years.  With more people having access to the tools to make games, the indie development scene has flourished.  While PC and mobile development is becoming easier and easier, there are still gate-keepers.  They are Sony, Microsoft, Nintendo, and other platform holders who ultimately determine what their players will consume.  At this generation’s onset, it appeared that Microsoft was fostering these types of independent titles.  Games like Castle Crashers, Braid, and others stormed the Xbox Live charts and became wildly popular.  Though in recent years we’ve seen quite a few high profile names in the indie-dev scene coming out against the company.  Is Microsoft bad for indie games?  It depends on who you ask.

Back in February when the PlayStation 4 was announced, Jonathan Blow spoke out against the company and their plans for the next-gen Xbox.  But it wasn’t just Microsoft’s philosophy on what the next-generation will entail that led Blow away from the company and into the arms of the PS4.   Blow told Edge magazine that he had a “bad time working with Microsoft” in terms of “business relationships”.  He also said that other developer friends of his had a “horrible time” working with the company.  But Blow didn’t stop there.  Earlier this month, Wired interviewed the developer who went further with his comments this time around.   Blow explained that Microsoft will “put you through as much pain as you will endure in order to extract whatever they feel like this week,” while echoing his earlier sentiments of being treated badly.

Microsoft will put you through as much pain as you will endure, said Blow

Journalists and bloggers love to run with comments like these.  Eventhough there’s very little insight as to what made this experience a bad one for Blow, it makes for a great headline.  But it also has a negative impact on those that work with Microsoft, release great games, and don’t harbor the same negative view on the company as Blow.  Recently, Ska Studios’ James Silva defended the company, and had a much more positive view of his experience in releasing The Dishwasher franchise.  Silva believes that these negative experiences have been amplified by the press, and its an unfair portrayal of working with the Microsoft to publish an indie game.

“When one indie says they’re never working with Microsoft again, the gaming public becomes curious as to whether this is an isolated incident, or part of some sort of ugly truth,” he said. “And pretty soon everyone wants to know if I’ve just been secretly hiding my experience with the ugly truth, or if I’ll be moving to PS4 because of the ugly truth, when, in fact, this perceived ugly truth is nothing more than 4 or 5 data points.”

“I have heard a few stories that contradict my experience, and I know quite a few people who are happier on platforms other than XBLA, and that’s fine for them,” Silva explained. “XBLA is a closed, carefully curated platform with its own set of fairly rigid standards and protocols. For me, it was just a matter of ‘do the work, release the game,’ and that’s exactly what we did,” Silva said in an interview with Games Industry.

Though Silva isn’t the only one with this positive view of developing on the Xbox.  The Behemoth, creators of Castle Crashers, Alien Hominid, and the recently released BattleBlock Theater,  also came out as a proponent for the platform.  In a recent Q&A session on Raptr,  Emil Ayoubkhan explained that his company has had no problems working with Microsoft.

“We have absolutely no problem with Microsoft or the XBLA team. We love working with them, and hopefully they enjoy working with us as well. I can’t speak for other devs that may have bad mouthed Microsoft in the past, but that’s definitely not the company that we are… There shouldn’t be any collectives formed to go against anyone else,” he continued. ”We should all be in this together and working towards making games that are fun to play. You’ll always hear the negative side of things in the press, or from others, more than the positive aspects. It’s definitely a lot more entertaining to read I suppose.”

And while it’s certainly more entertaining as Ayoubkhan speculates, it has real world repercussions.  And James Silva sums it up pretty nicely.

“Telling thousands of readers that Microsoft is failing at indie gaming is telling thousands of potential customers that Microsoft is failing at indie gaming.  And while everyone likes a sale, the ones who really, desperately need the money aren’t the Microsoft people who green-light the projects; they’re the indie developers who are trying to quit their day jobs, trying to buy a house, trying to raise a baby.”