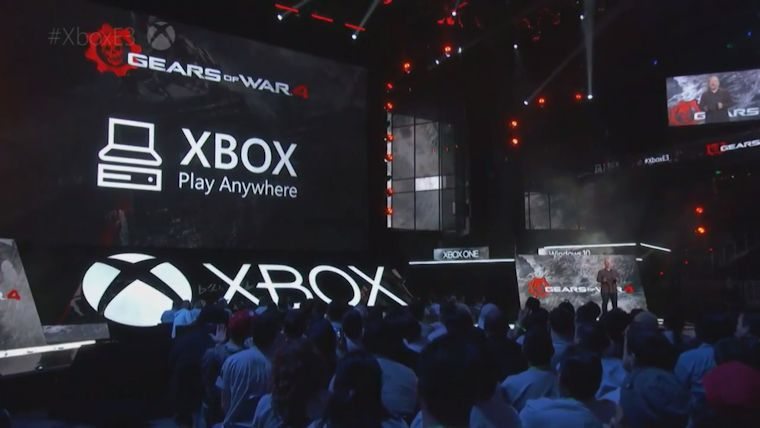 Microsoft has been gradually pushing the Xbox One and Windows 10 together more and more, which makes sense with the computer like setup that the Xbox One utilizes. We knew that many Microsoft exclusive games coming to Xbox One would also be coming to Windows 10, but now it’s going to be made much easier with the Xbox Play Anywhere Program.

The Play Anywhere Program makes it to where any game that’s part of the program that comes to Xbox One and Windows 10 will come with cross buy for the other platform as well.

The example they gave here was for Gears of War 4, with you getting the Xbox One version if you buy on Windows 10 and vice versa. We saw something similar with Quantum Break a couple months ago, but that was only a pre-order bonus.

In addition, achievements and such will be carried over between the versions, with Gears of War 4 specifically getting cross play where Xbox One and PC gamers can play together.