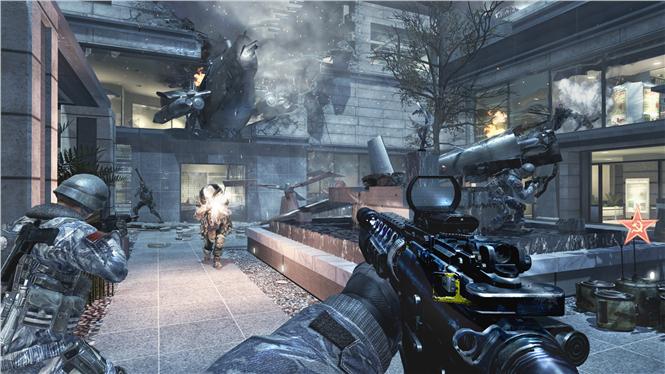 Sledgehammer Games’ upcoming Call of Duty title due to arrive later this year, will be a “next-gen first” game. Activision Publishing CEO Eric Hirshberg explained in a recent interview.

Sledgehammer is approaching this a next-gen-first development

According to the executive, with the Xbox One and PS4 out in the marketplace and solid, it’s time to focus on making a game to take advantage of the new hardware. Hirshberg says that “Sledgehammer is approaching this as a next-gen-first development”.

“Obviously in the console transition year, anyone who developed a cross-generational game last year had to deal with the fact that the technology of the next-gen platforms was still coming into focus and changing quite a bit during the development process,” said Hirshberg in comments to IGN.

“Now that we have the next-gen hardware out in the marketplace and solid, that is our primary development.”