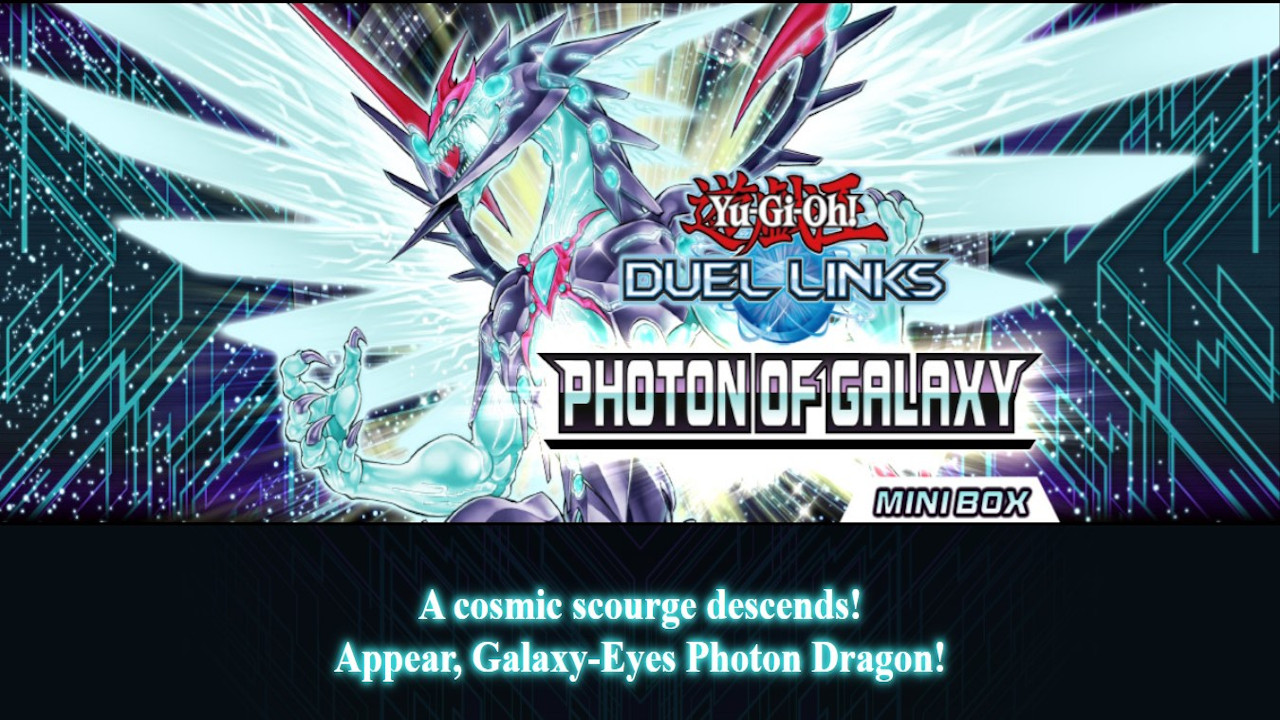 Konami announced their new Mini BOX for Yu-Gi-Oh! Duel Links, Photon of Galaxy! To be honest here, it was a matter of time before they do so, since the BOX itself compliments our newest character in the roster, Kite Tenjo.

Photon of Galaxy focuses on the ‘Photon’ archetype (obviously), and includes signature cards like the Galaxy-Eyes Photon Dragon and Photon Thraser, both being key cards to Photon Decks. Additional noteworthy cards included, are the Abyss Dweller and Hammer Shot, the first being mostly a disruption card and the latter controls the field by destroying troublesome monsters.

Photon creatures, being the main attraction of the BOX, have powerful stats, with even low level monsters standing at an average 2000 Attack, but have certain requirements in order to utilize that power. Effects like being summoned from the hand right away, also take place with these monstrosities, all in the process of sending out your big guns like Galaxy-Eyes Photon Dragon. The ace of this BOX can easily sabotage enemies’ strategies, by banishing their monsters and cards. It certainly is a card that will be used in the current meta, since we can see Decks like ‘Blue-Eyes’ and ‘Noble Knights’ dominating all over the place. Our newest bright Dragon can easily handle those archetypes, especially now with Xyz monsters being rather popular too. Each Xyz material the monster the Dragon removed had, enhances its Attack by 500 points, making him an ever evolving threat as the match goes on.

The new BOX Photon of Galaxy is set to release in 2 days from now, so anyone who wants to give the Photon monsters a try, make sure to save a few thousands Gems.