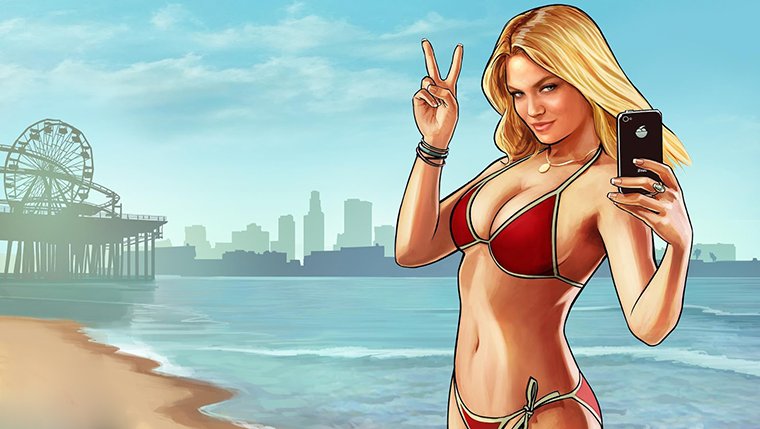 One of the earlier pieces of art that arrived for GTA V featured a bleach-blonde bikini clad female who may have been inspired by Sports Illustrated swimsuit model, Kate Upton according to Complex.  Upton is this year’s cover model for the Sports Illustrated Swimsuit Issue, but pics from last year’s shoot bear a striking resemblance to the GTA V artwork.

Judging by the image below, there are some obvious differences.  But it’s also hard to deny that there are many striking similarities as well.  So many, that’s hard to think that Rockstar’s Artists who put together the early art drew their inspiration from anywhere but 2012’s SI Swimsuit issue. Just because the artists may have drawn inspiration from the model for this artwork doesn’t mean she’ll be in the game.  Back in November, it was confirmed that Shelby Welinder was the girl in the artwork, who went as far as posting a check stub from Rockstar online to confirm her involvement in the game.

We might never get an answer as to whether this picture of Upton inspired the artists at Rockstar for this character artwork, but we should be seeing more of this character when GTA V launches this fall on the Xbox 360 and PlayStation 3.