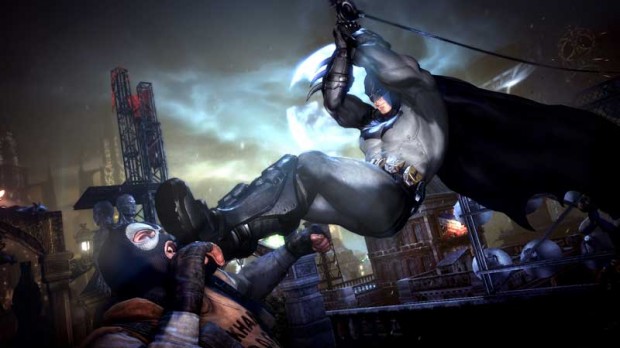 This latest Batman: Arkham City video has Batman gliding, and bat-hooking his way across the skyline of Gotham City.  What’s most interesting about this video is the sheer size and scale of Gotham.  It took her a nice chunk of time to traverse the city through air by using a combination gliding techniques and grappling to buildings and other structures.  There’s no telling if that was the entire city shown in the video, but even it was, Arkham City is dwarfing Rocksteady’s Arkham Asylum.

Batman: Arkham City is set for an October release on PC, PS3, and Xbox 360.