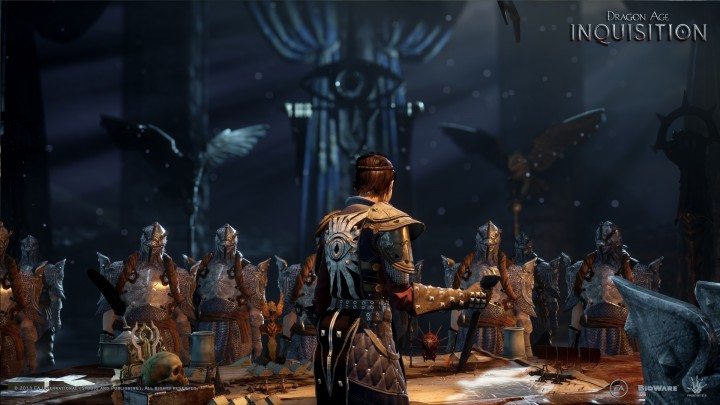 Dragon Age: Inquisition, announced back in September 2012 has been in quiet development for quite a while. With promises of a massive world, improved combat and graphics that will “appear and feel next-gen”, BioWare has a lot hanging on this sequel.

The beautiful screenshot was located among recollections of a career and life at BioWare in the Matt Komsthoeft company blog, where he says “I’m working on the Dragon Age franchise and having a lot of fun doing it! We are trailblazing with an engine that has never been used to make an RPG before yet already has a number of beautiful games using it.”

While we’ve seen some bits-and-pieces of concept art, this is the first official showing of any in-game content.