Latest GTA V shots are all about Business 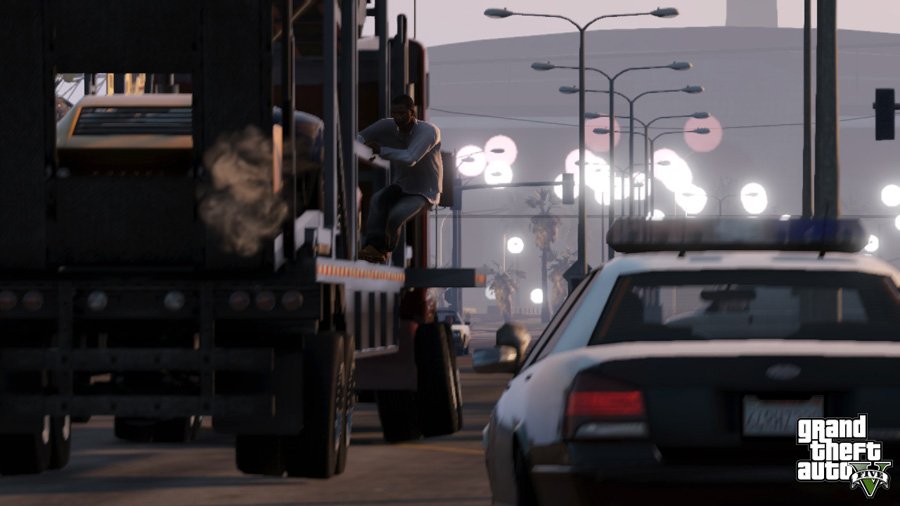 It’s been a big week for GTA V fans, as Rockstar has released more information about the game than ever before. This week held 10 new screenshots for the upcoming open world game, and today, the developer has released four new shots that encompass the “Business” going down in Los Santos.

That business obviously entails shooting at helicopters, naturally. As well as running away from people shooting at you while in helicopters, flying crop dusters, and hijacking cars from vehicle transports. Alongside the lesiure activity shots that were released a short time ago, I think its safe to say you’ll have your hands full of things to do in the next Grand Theft Auto.

Still no word on a release date from Rockstar, but stay tuned perhaps they’ll surprise us shortly.