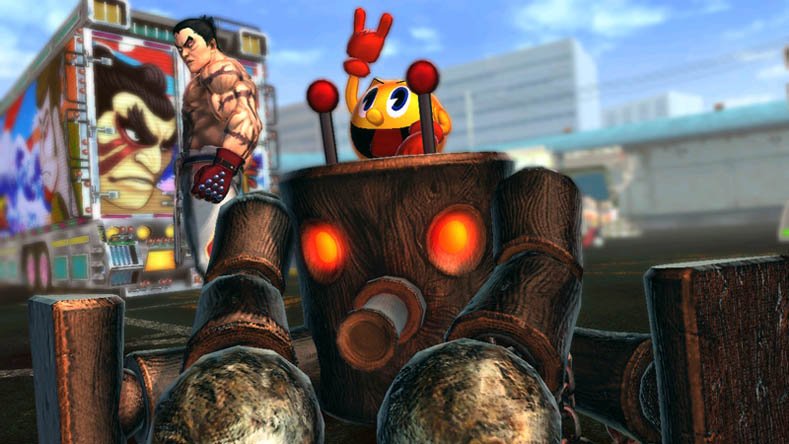 Street Fighter x Tekken on the PlayStation 3 and PS Vita will see two new exclusive characters.  PlayStation players will get to throw down with Capcom’s popular Mega Man and Namco’s Pac-Man mascots.  This goes alongside the already announced Cole MacGrath from the inFamous franchise and Sony mascots Kuro and Toro.  The Xbox 360 version of the fighter failed to reach an agreement with the company making the game, so there will be no exclusive characters for that version of the game.

As you can see in the screenshots below, the Sony version of the game will see Pac-Man riding Mokujin and Mega Man in a mature looking version of himself.  Yoshinori Ono, producer for the game recently gave his thoughts on the lack of Xbox exclusive characters for the fighter.  “In terms of characters we wish we could have put in the game, Master Chieft or Marcus Fenix from Gears of War would have been really cool, it’s too bad.”

Street Fighter x Tekken is getting ready for a March release on the Xbox 360,  PlayStation 3 and PS Vita.