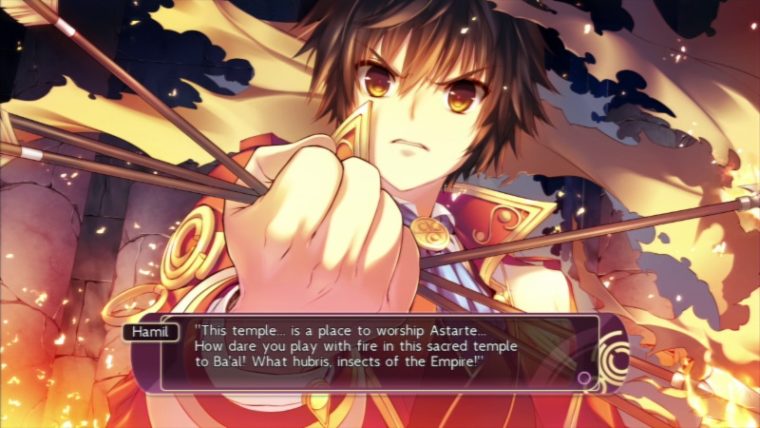 ATLUS U.S.A. and NIS America has announced that they will be bringing Tears To Tiara II: Heir of the Overlord to North America and Europe respectively. The strategy role-playing game will include original Japanese story and battle audio but ATLUS will be handling the localization of text into English.

The story will unfold like a visual novel with the artwork to back it. The opening movie video which was released today showcases the title with a great soundtrack that goes well with the art. Tears To Tiara II: Heir To The Overlord is the first localized entry in the franchise that will see players meet fifteen main characters to get to know as the story unfolds. Check out the opening movie in the video below.

The story follows Hamilcar Barca, whom is indentured to the Divine Empire, but when the Empire he serves commits an atrocity that he witnesses Hamicar discovers he has immense strength and rage within him. He now shoulders the burden of freeing the people from the clutches of the Empire.

Tears To Tiara II: Heir To The Overlord is set to release exclusively on Playstation 3 in North America on October 14th and Europe on November 11th.