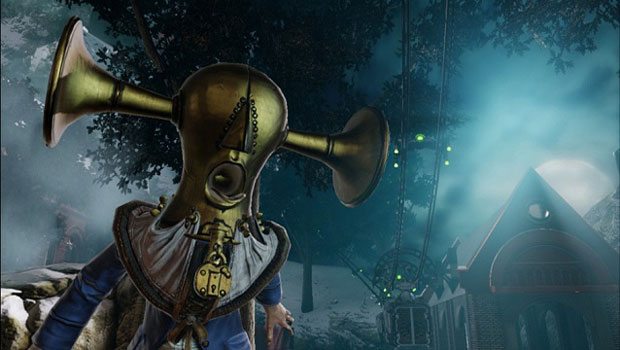 Irrational Games has released their third trailer in the “Heavy Hitters” series which details the baddies of the upcoming Bioshock: Infinite.  So far, we’ve seen a George Washington robot weilding a massive machine-gun, The Handyman, and now the Boys of Silence.

The Boys of Silence are explained by Irrational in the video below:

“The way they work is, they’re blind, so they can’t see you but they can hear you.  The levels that you see them in, you’ll have to make a decision on whether you are going to try and sneak around them or engage them directly. But if you anger them, they can call in backup,” explained Shawn Robertson lead artist for the game.

“Think of the cameras from Bioshock 1, but think of them walking around,” Ken Levine added.