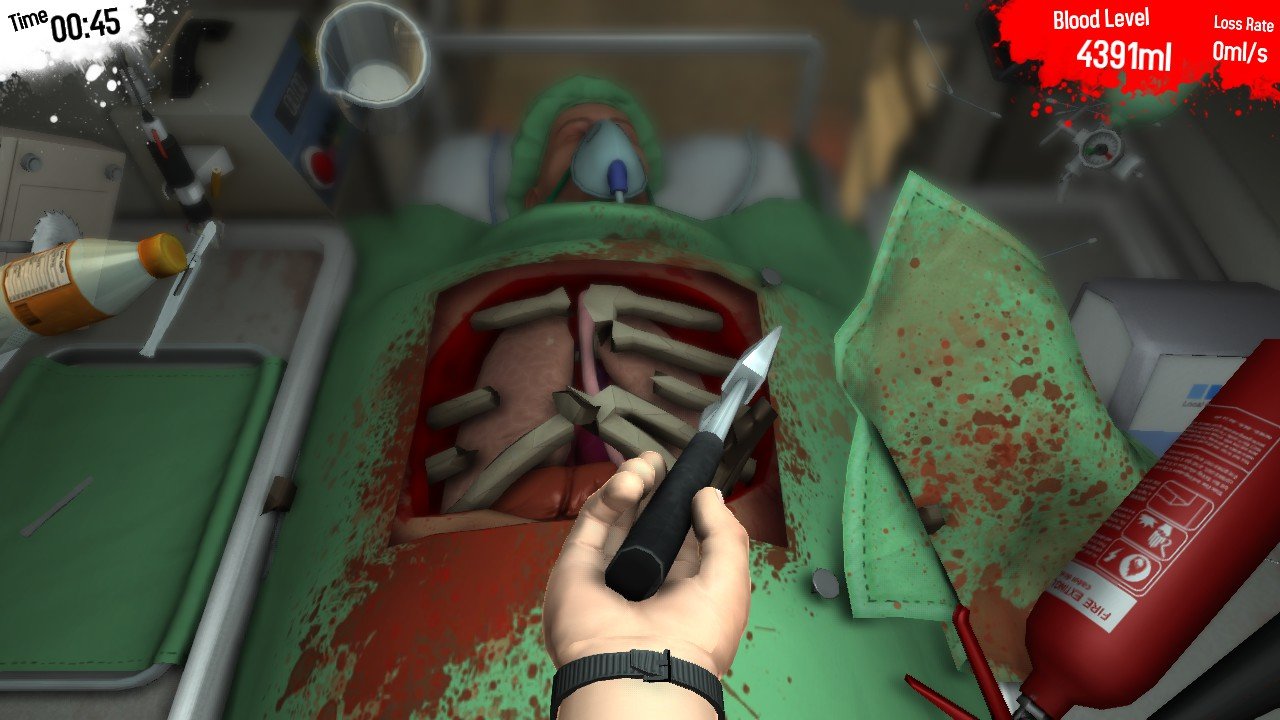 Surgeon Simulator: Anniversary Edition will bring everything that made the game popular on PC and iPad to the Playstation 4. The Anniversary Edition (known by Bossa Studios fans as A&E) is for all extensive purposes the definitive edition bringing the best of the Steam and iPad releases to the Playstation 4. It will feature the eye operation and trolley mode from the iPad version as well as just about every rib crushing, brain transplanting, alien operating, ambulance operation moment from the steam version. The team at Bossa Studios also promises something special for Playstation 4 players that will be revealed at a later date.

The trailer is a mash up of all different ‘Let’s Play’ videos made by the gaming community and mashed up to reveal that finally, even console gamers will be able to enjoy the operating fun. Honestly, I can’t wait to do the eye transplant. Who doesn’t want to pretend to be a surgeon and cut out some poor saps eyes and transplant them. Okay maybe that’s just me, check out the trailer below.