Find the server to suit you in Square Enix's massive online world. 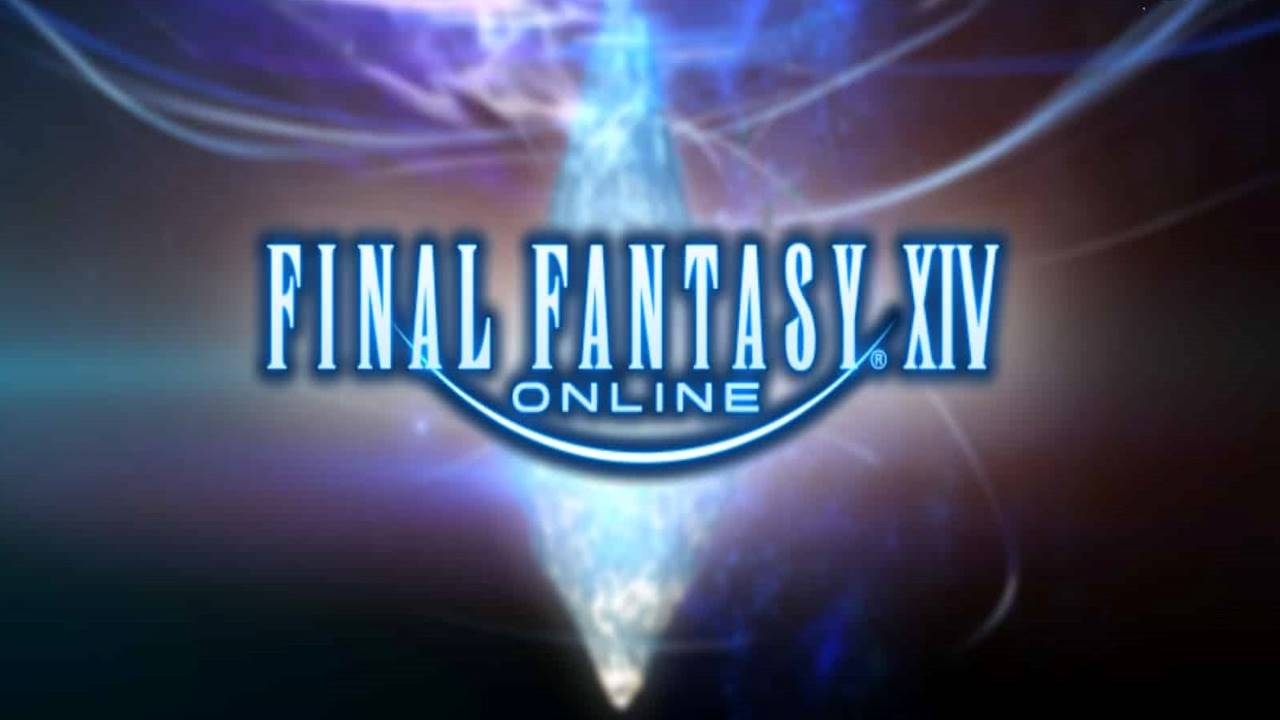 There is a wealth of servers in Final Fantasy XIV, so it might not be clear which is for you when you first launch the game. You’re going to be looking for different things if you’re new to the game, a returning player, or a seasoned veteran. So, we’ve collected the best currently available FFXIV servers for each scenario on the current version of the game. We’ve also divided the servers into their geographical locations, known as Data Centers with North America, Europe and Japan.

There are over sixty servers, or worlds, within each Data Center location. If you’re looking for the best connection, then it makes sense to join the Data Center most local to you. However, if you’re after a new challenge in an exotic location, take a look at some of the further afield servers and see what challenges await. Don’t forget that the FFXV cross-over has recently returned to the game, so make sure to keep an eye out for event-exclusive items as you traverse these different servers. 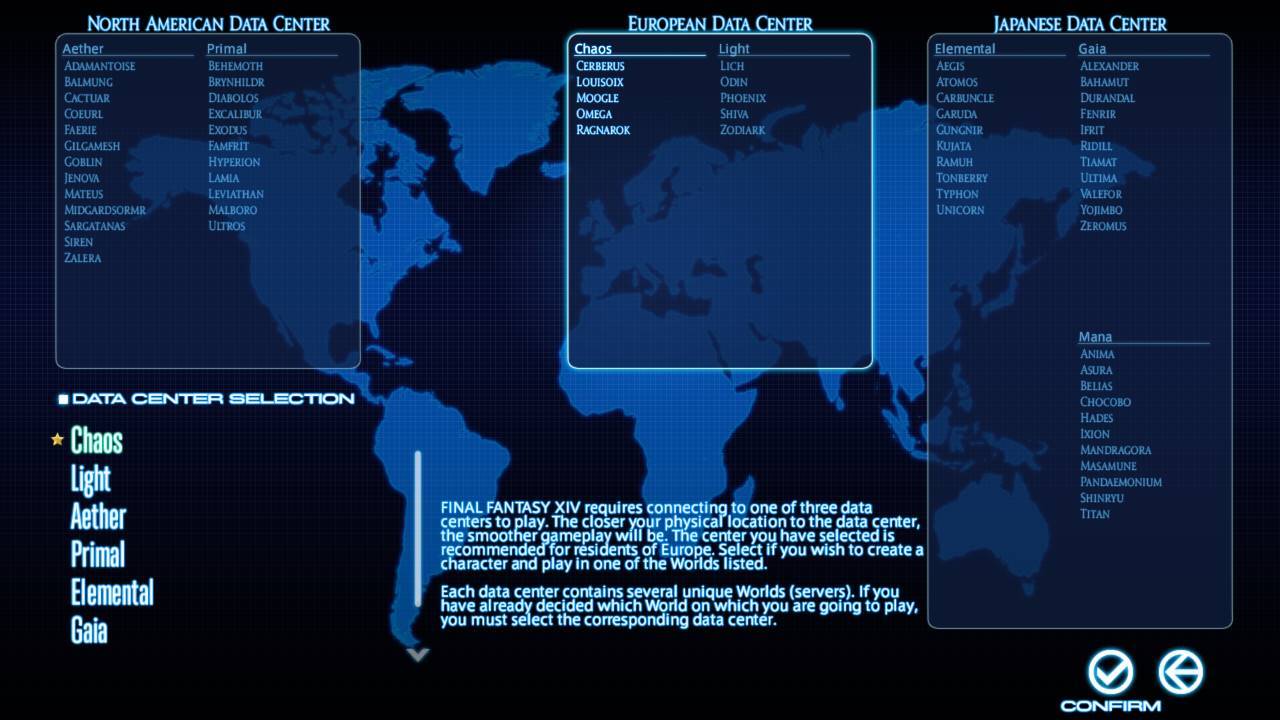 Aether is the most welcoming of the three North American FFXIV servers. Adamantoise and Faerie are perfect environments for beginner players, so we’d recommend these for anyone new to the game. If you’re a seasoned player, we’d recommend Gilgamesh, one of the best servers for raiding in North America.

Next is Primal, a slightly more advanced North American Data Center. Lamia is an ideal beginner-friendly environment that inhabits helpful, casual players and some streaming stars. Famfrit is similarly open to inexperienced players, but we’d also recommend the intimidatingly named Leviathan, the home of hardcore raiding in the Primal Data Center. The mixed ability in these servers makes it the best place to prepare for the much-hyped Endwalker expansion coming to FFXIV later this year. Finally, in North America, we have Crystal. Balrung is the apparent call for best server in Crystal; it has the largest community of the bunch and is known for enthusiastic role-playing players. However, Crystal is also a good call for anyone looking for a quieter excursion. The Goblin or Diabolos servers are ideal for small groups of players trying to avoid crowds.

First, in Europe, we have Chaos, where new players should visit Louisoix, a mixed-language server filled with casual players and the perfect place to learn how to ride your Chocobo. Then, the massive Ragnarok is your go-to destination for raids and high-level play if you’re a little more advanced. Still, the population is majority Italian or Arabic, so you might need a translate tab open to make the most out of the cooperative possibilities.

Light is the second and less popular of the European Data Centers. Like other European servers, some servers are more popular for specific languages. For example, Light is the home of German role-playing in Shiva, or if you’re an Italian speaker, you’ll be more comfortable in Zodiark. Lich is a small server but is consistently gaining popularity, so it’s also worth dropping by here if you’re playing in Europe. 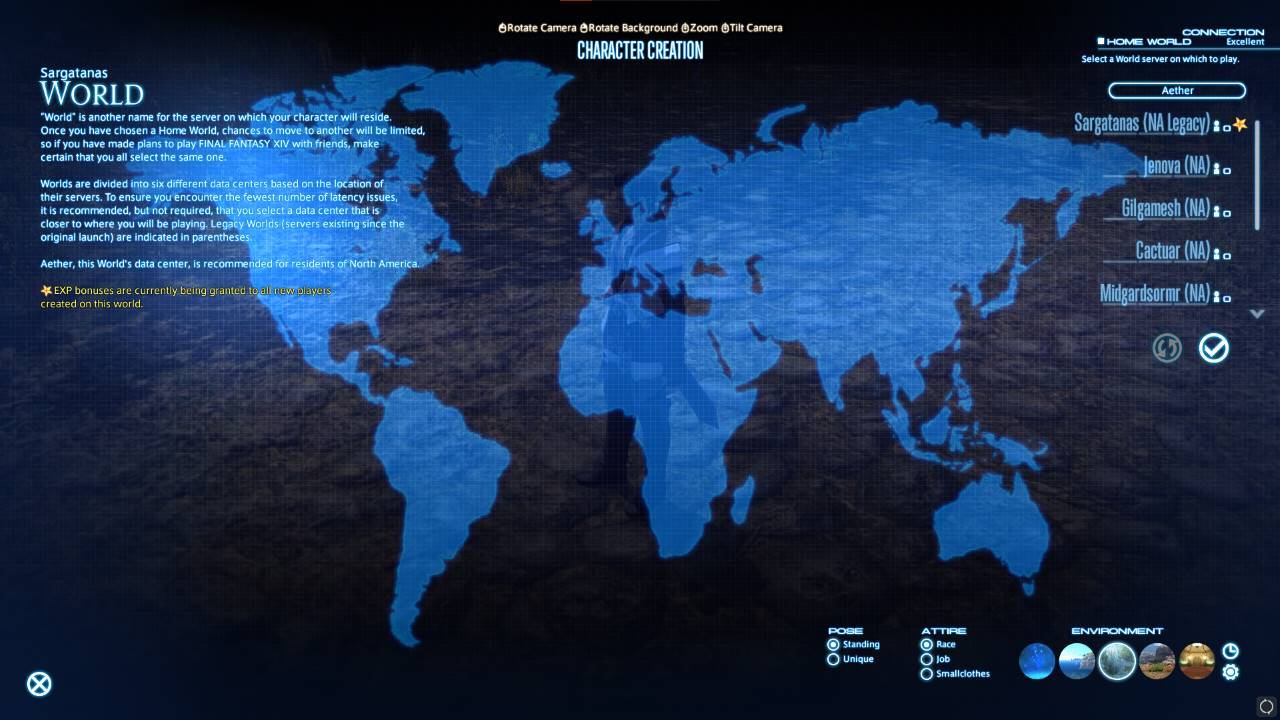 Elemental is the most popular bi-lingual Japanese Data Center. You’ll find a mix of competitive English and Japanese speaking players in both Tonberry and Kujata. If you’re a Korean player, we’d recommend Ramuh, which acts as an official home for Korean players, and the same goes for Typhon with Taiwanese players.

Mana’s most significant server is the juggernaut Chocobo. The server is the most congested in the Data Center, but for a good reason, as it acts as the base for Japan’s raiding community. Ixion is one of the more fun and light-hearted servers in all of FFXIV, and here you’ll find plenty of community-run events. Finally, if you’re looking for an English-speaking server in Mana, we’d recommend Asura, which has two English language Free Companies. Gaia is the last of the Japanese Data Centers. Here you’ll find Ifrit, which is home to many polite Japanese players and is the perfect place to pick up on the differences in style of play if you want to involve yourself in the world of Japanese servers. Once you’ve adjusted yourself to Japanese servers, Durandal is an exciting area with plenty of real-estate and predominantly seasoned players, so it is an ideal place to position yourself once you’ve outgrown some of the more beginner-friendly servers.

Those are our recommendations for the best servers currently available in Final Fantasy XIV. While it’s clear that there is language divides on some servers, don’t let this scare you off, as so long as you’re willing to learn and raid your best, then the community will welcome you with open arms. Still, if you haven’t had your fill of Final Fantasy XIV after experiencing all these different worlds, why not try your hand at some real-life recipes taken from the in-game world. Chocobo Pie, anyone?