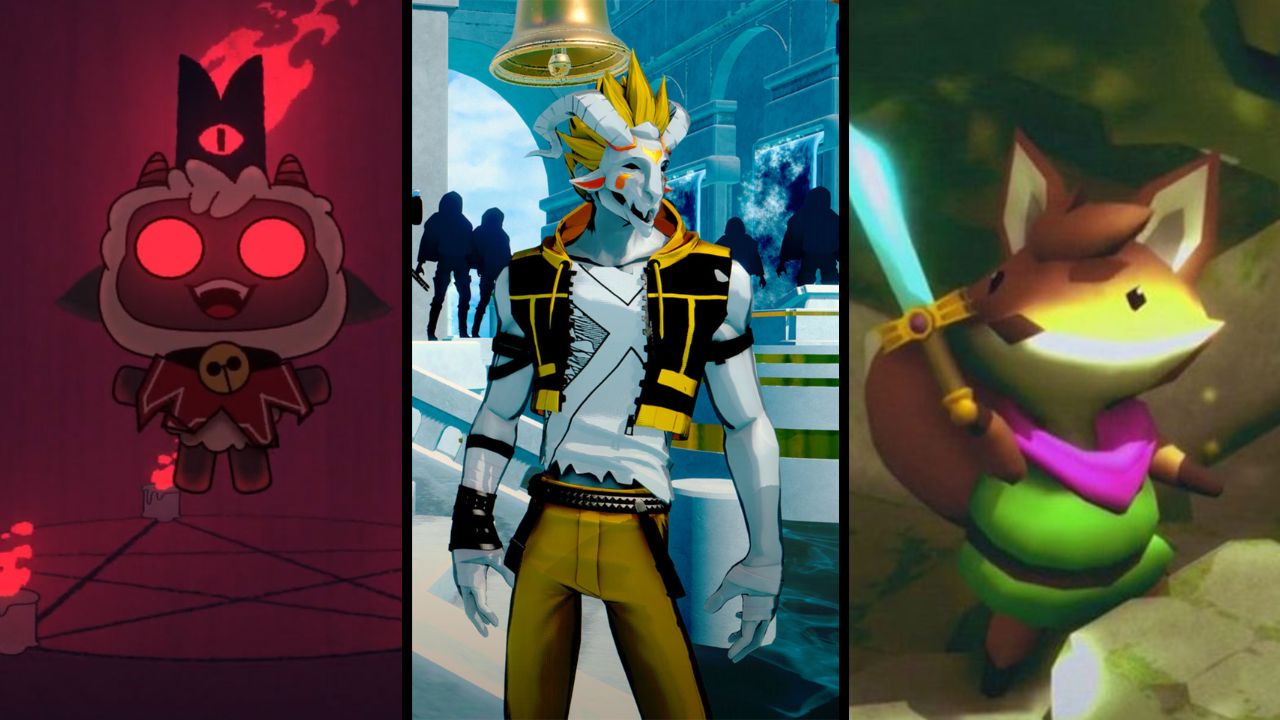 2022 has been a fantastic year for game releases, and while we’ve experienced the likes of Triple-A titles such as Elden Ring and God of War: Ragnarok, a lot of attention has been turned toward the world of indie gaming. There’s been a considerable emphasis on the importance of indie gaming this year, and some strong contenders have battled it out for the top spot. The Game Awards 2022 highlighted a handful of the top performers, but the wonderful world of indie gaming has dived much deeper this year.

Given the scale of how many indie games we have had the joy of experiencing this year, narrowing down a list to the best of the best seems impossible. There is such a wide variety of strong-performing indie games the category almost deserves its own game awards, but we’ve come together to narrow down our top picks for Best Indie Games of 2022 to make your search a little easier.

As a collective, Neon White stole the show as the best indie game of 2022 for us at Attack of the Fanboy. Between its humourous dialogue and fast-paced gameplay, it almost carves out an entirely new genre within action-adventure titles just because it can. And that’s not something to complain about. It doesn’t feel like it’s trying too hard to be different, nor does gameplay ever feel repetitive or stagnant. On the contrary, it’s a fun, fast experience from start to finish.

This speedrunners paradise worked its way into our hearts and libraries while achieving a score of 90 on Metacritic. So, if our opinion isn’t enough to go off, it’s worth seeing what others say. While we appreciate that this game isn’t necessarily for everyone, it’s worthwhile even if you’re slightly curious, hence why we’ve awarded it with our esteemed title.

Tunic, an ingenious isometric action-adventure game from ISOMETRICORP games, was quick to earn attention this year, offering a charming and thoughtful take on puzzle games. Due to the unique take on the genre and the creative interpretation of the guidebook, alongside the obviously adorable Zelda-inspired protagonist, it’s no surprise that this game quickly climbed the ranks to become one of the best indie games released. Potentially not even limited to a single year but of all time.

With a critic score of 85 and a player score of 7.9/10, Tunic was among one of the five nominations for the Best Indie Game category at The Game Awards, and even though the competition was particularly tough this year, many players were quick to sing its praises and for a good reason too. So if you’re yet to get ahold of this title and you’re looking to lose yourself in a good few hours of mind-churning isometric adventure, then this is for you.

Although at first you may question the appeal of Vampire Survivors, and the on-screen clutter may put you off spending more than ten minutes at a time on this title, as you get to grips with what to do, you can’t deny that this roguelike shoot-em-up is as addictive as video games come. There’s something so satisfying about pushing yourself to the limit while facing hoards of enemies, and Vampire Survivors by Poncle hits the nail on the head.

Vampire Survivors has earned itself a hearty critic score of 86 on Metacritic, alongside a player score of 8.4. The potential of an upcoming DLC means that the popularity and addictive nature of this game will only increase as time goes on. If you’re yet to give it a go, then prepare to let hours slip by unnoticed because with Vampire Survivors, ‘one more go’ is a throwaway comment.

Don’t let the cutesy appearance of Cult of the Lamb fool you. This dark, community-building roguelike from Massive Monster stole the hearts of thousands of players this year with its appearance and swiftly sacrificed them to the One Who Waits. With heavy inspiration from graphic yet charming dungeon crawlers like The Binding of Isaac, yet an unforgettable adorable protagonist and character designs, Cult of the Lamb offers a unique experience to anyone brave enough to face heretics on mass while building a cult from the ground up.

With a critic score of 82 and a player score of 7.8, there’s a good reason this title fell among the nominees for Best Indie Game during The Game Awards. Offering a unique take and storyline on a pretty popular genre, there are more reasons to love this game than to count on one hand. So whether that’s the haunting soundtrack, the adorable companions you meet along the way, or the knuckle-whitening combat, we cannot recommend Cult of the Lamb enough.

Signalis is one of the more bleak indie games we’d recommend from this year, but the dystopian survival horror experience this game presents has received an overwhelmingly positive reception from players since its release in October. Adopting a classic feel with its survival horror elements, rose-engine still presents something unique that will undoubtedly stick with you as you slowly learn about Elster and what she’s searching for.

If you’re a fan of classic survival horror and want a little more bang for your buck without devoting your time learning how to dodge in The Callisto Protocol, then Signalis is sure to satisfy. If that’s not enough to persuade you, then its critic score of 81, alongside its player score of 7.7, is sure to do so.

OlliOlli World feels like an underdog in the running for one of the best indie games, but it’s a bold skateboarding platformer that strays from the traditional take on skating games. While titles like Tony Hawk’s Pro Skater 1 & 2 were highly praised, and news of Skate 4 is on the horizon, having something completely different like OlliOlli World is refreshing in today’s digital world. Even Session felt too familiar for comfort, which is why we highly recommend OlliOlli World.

This vibrant title from Roll7 has earned itself a decent critic score of 84 on Metacritic, alongside its wealthy 7.6 player score. So, if you’re looking for a new hobby and aren’t quite brave enough to dust off your decks, then OlliOlli World will have you meeting an array of vivid characters as you kickflip your way to the finish.

Return to Monkey Island has been praised as the heroic return of a character who captivated us at an early age and has come back to remind us that regardless of how old we get, holding on to our inner child is the most essential element of adulthood. This 7-hour nostalgia fest is a wonderful addition to the Monkey Island series, and there’s no better time to invest your time into it than now.

But if running on nostalgia isn’t enough to sink your teeth into this title, then the 86 it received on Metacritic, alongside its player score of 7.4, so it’s not a story to turn your nose up to if you didn’t care much for the original. Regardless of your experience with Monkey Island before this release, we’d recommend giving this game a go.

Ship of Fools is another underdog in the runners for best Indie Game of 2022, but we enjoyed it enough to feel like you would too. This oddly charming seafaring rougelite from Fika Productions has an incredibly high fun factor and allows you to play individually, couch co-op, or online co-op to ensure you’re never too far from your crew.

We rated Ship of Fools a 4/5, and paired with its hearty 76 on Metacritic, there’s reason enough for you to at least try your hand at fending for yourself in the infested ocean alongside some companions. As we said best, although it has shortcomings, Ship of Fools is an adventure worth setting out on.

Attack of the Fanboy / ORIGINAL ARTICLES / Best Indie Games of 2022