Which live service games excelled in 2022? 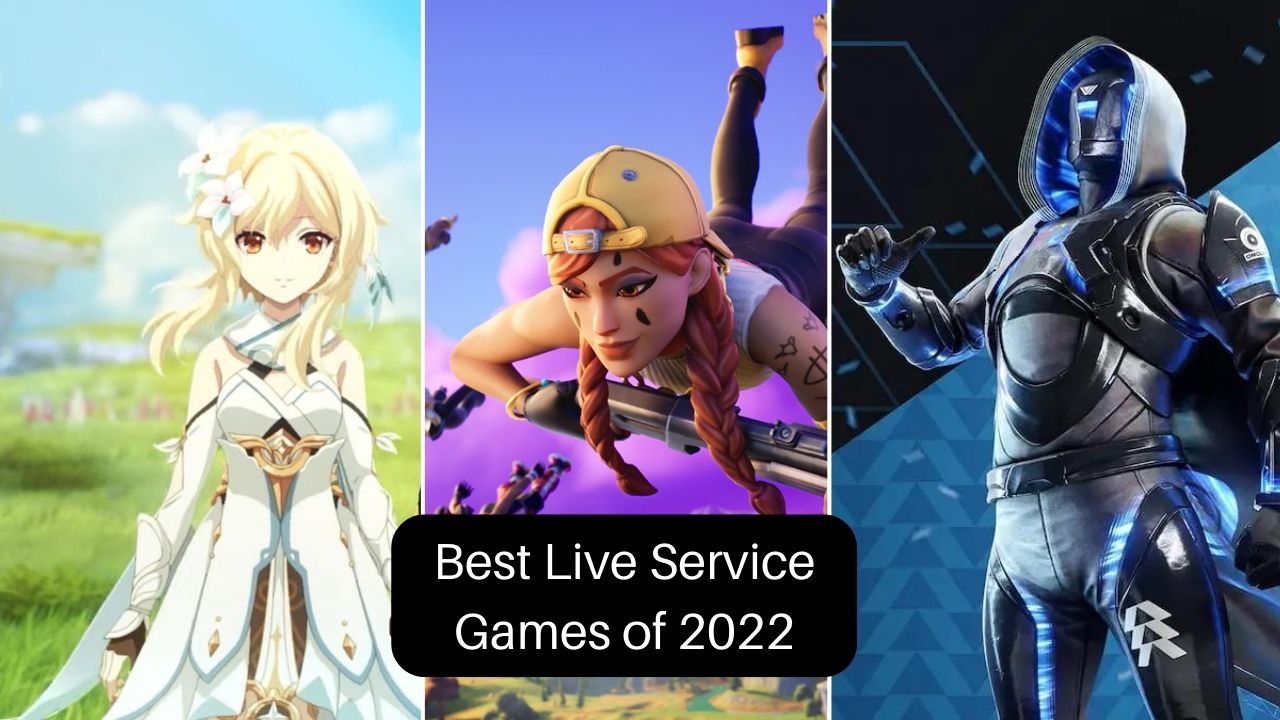 The best live service game of 2022 is Genshin Impact. Though it did have a bit of a dry spell leading up to the big 3.0 expansion, Genshin Impact continues to wow us visually and stun us with its fun gameplay. With the introduction of Sumeru with its lush jungles and vast deserts as well as finally including the Dendro element, Genshin Impact is more fun than ever.

Genshin Impact has a score of 84 on Metacritic and five stars in our hearts. If you have never played Genshin Impact, now is the best time to get into it. Though it may take you a while to catch up to the story, the journey is more enjoyable than the destination — especially with the gorgeous anime vistas and impressively addicting combat system.

First in the honorable mentions for best live service game of 2022 is Fortnite. If you are even remotely familiar with video games, then chances are you’ve heard of Fortnite. This “anything goes” game had a wild 2022 that contained numerous chapters with fun gadgets like the baller and chrome. Just this month, Fortnite introduced a new chapter that introduces a new map that boasts Unreal Engine 5.1 graphics.

On Metacritic, Fortnite has a score of 83. With a brand-new season with new vehicles like the outrageously fun Dirt Bikes, Fortnite truly feels at the top of its game right now. If it’s been a while since you’ve played Fortnite, consider hopping back in and checking it out. While it is completely different from when it first launched in 2017, in this case, different is good.

Though Destiny 2 in 2022 didn’t have a new and exciting expansion like last year’s The Witch Queen, the four seasons worth of content we did get this year was very enjoyable. Destiny 2 remains the best-feeling first-person shooter to date and the space fantasy blend that Bungie has meticulously crafted feels fresh and fun even if all there is to do is grind for God Rolls.

Destiny 2 has a Metacritic score of 85. While many fans are getting burnt out from the repetitive seasonal activities, early next year, Destiny 2: Lightfall will release. With a brand new subclass called Strand, a new story that brings us one step closer to facing The Witness, and a new neon-soaked city to explore, Destiny 2: Lightfall will reinvigorate this live service game and bring new and old fans back. See you there, Guardian.

I don’t have a lot of personal experience with Final Fantasy XIV, but Gordon Bicker, a fellow writer at Attack of the Fanboy and Final Fantasy XIV fanatic, has a few words to share: “Final Fantasy XIV is truly unique in the way that content is delivered and always engaging for fans. The community itself continues to be an amazing representation of everything incredible about online gaming. Whether you are questing in the game or simply just taking in the scenery, there is a lot to enjoy.”

Call of Duty: Warzone 2 is the sequel to the first Warzone and it definitely deserves to be on this list. While the battle royale mode in Warzone 2 is fun if not a bit of the same, the new DMZ mode is extremely fun and could help push the extraction genre into the live service games world (we hope).

Warzone 2 has a score of 80 on Metacritic, which is pretty high. The new Al Mazrah map is fun, the battle royale is still solid, and the DMZ mode is wonderful alone or with two friends, especially thanks to proximity chat. If you missed out on the first Warzone, definitely try Warzone 2.

Last and sort of least on this list is MultiVersus. MultiVersus is a brawler fighting game in the same vein as Super Smash Bros. but the main hook is that it has a ton of Warner Brothers characters. Anything from Looney Tunes, Cartoon Network, the DC universe, and more is fair game character-wise in MultiVersus. This cute and competitive brawler came out of nowhere in July this year and really wowed us.

There are other live service games that didn’t quite make this list. The three worth mentioning are Warframe, Overwatch 2, and Apex Legends. For one reason or another, these three titles feel a bit too bogged down in 2022 to really stand out and be considered some of the best live service games to experience this year.