The best characters to shoot the breeze with in Genshin Impact. 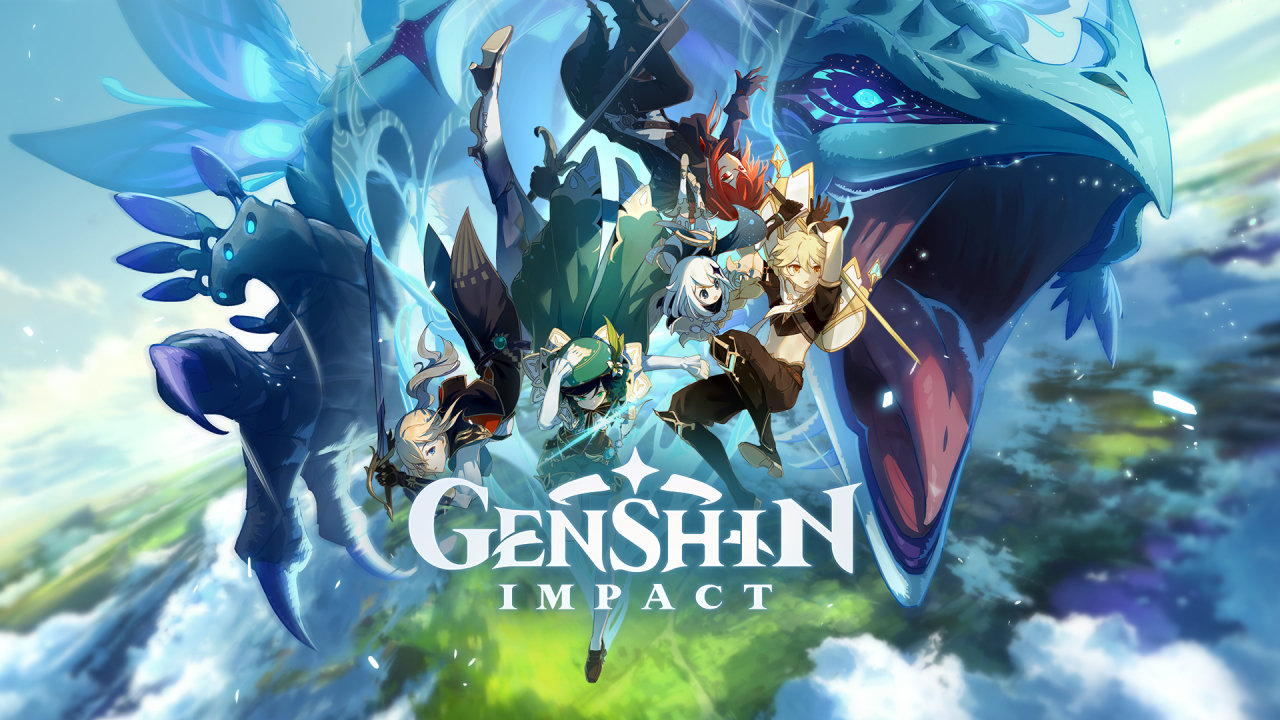 Of the seven different elemental types in Genshin Impact, Anemo is one of the earliest introduced attributes and has a wide array of potential users. With the latest update, there are a total of seven available Anemo playable characters. We’ve ranked all of the available wind-users so that you can pick a playstyle that suits you and breeze through the challenges that await.

Anemo is one of the two neutral elements in Genshin Impact, so it’s always a good idea to keep a wind-user on your team. Combine moves with some of your most powerful fighters of the Pyro, Electro, Hydro or Cryo elements, and you’ll create the Swirl effect that deals out substantial damage to afflicted opponents. Still, you might not need to be switching out with some of the heavy hitters that you’ll find later in this list, as the higher ranking characters are more than capable of blowing away enemies without much support. 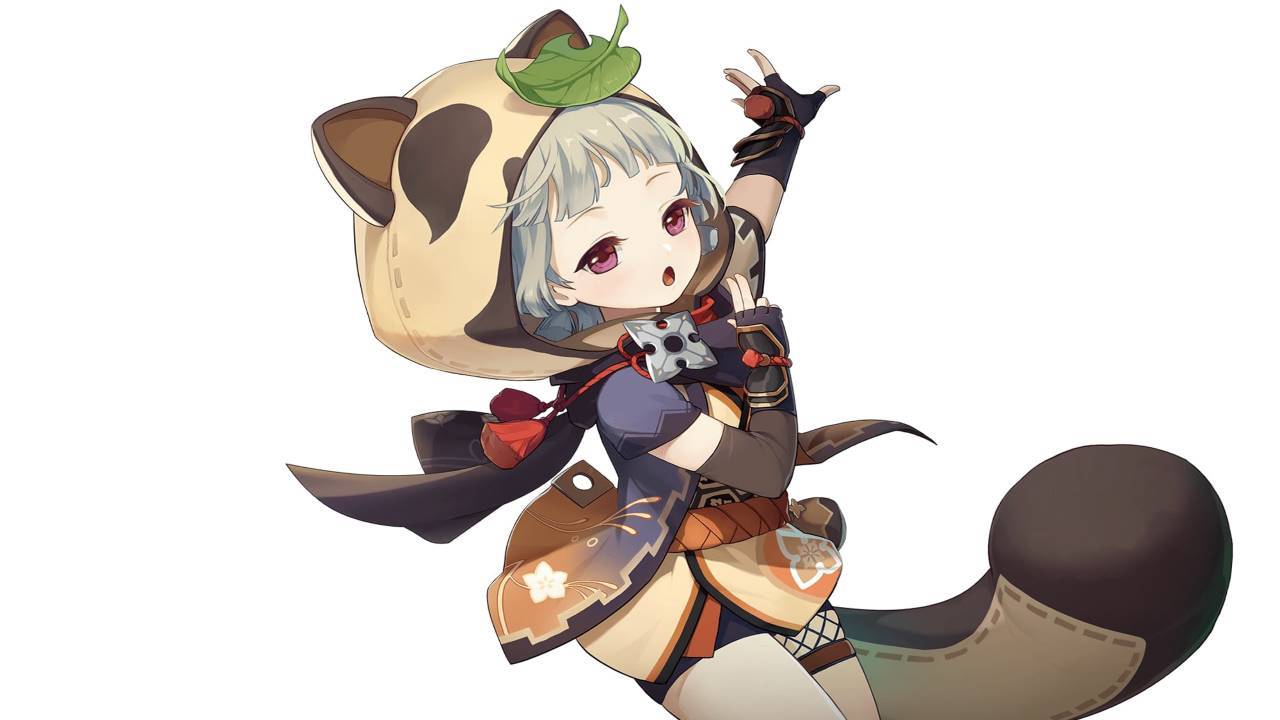 A solid support option that struggles to stand out on her own is Sayu. Despite being the only Anemo equipped with a claymore, Sayu is at her best when it comes to speed and support. Her Elemental Burst Yoohoo Art: Mujina Flurry can either deal DMG to surrounding enemies or, if you’re in a pinch with your health bar, provide healing to all party members. She also manages an incredible impression of everyone’s favourite blue hedgehog. When her Elemental Skill activates, she can zoom across the map in a ball of blue light, moving faster than some of the speediest in-game characters to date. However, while she is good support and can take down some shielded enemies with her claymore, Sayu struggles with larger and more powerful enemies, so she doesn’t make the top five. As more regions come to Genshin Impact through regular updates, there will be more choice over which Element to attach to the Traveler, but currently, we can choose only between Aero and Geo. This limitation isn’t all bad, as the protagonist is well-equipped with Aero powers and can certainly hold their own even after the opening hours of the massive game. Both the character’s Elemental Burst and Elemental Skill abilities work best against mobs of enemies, and though not the best equipped for boss battles due to the long skill cooldown, these powers can send lesser foes flying in their droves. While quite clearly an intelligent character, Sucrose does not immediately appear to be the most effective combatant. Though she can find use early in the game when there’s little access to a wealth of characters, or as a Swirl setter for powerful characters from other elements, there’s little reason to take this alchemist into brutal battles if you’re looking for an offensive character. It’s in support where Sucrose is in her element, even more so than Sayu, and her ability to boost other party member’s Elemental Mastery makes her a good pick for any team. 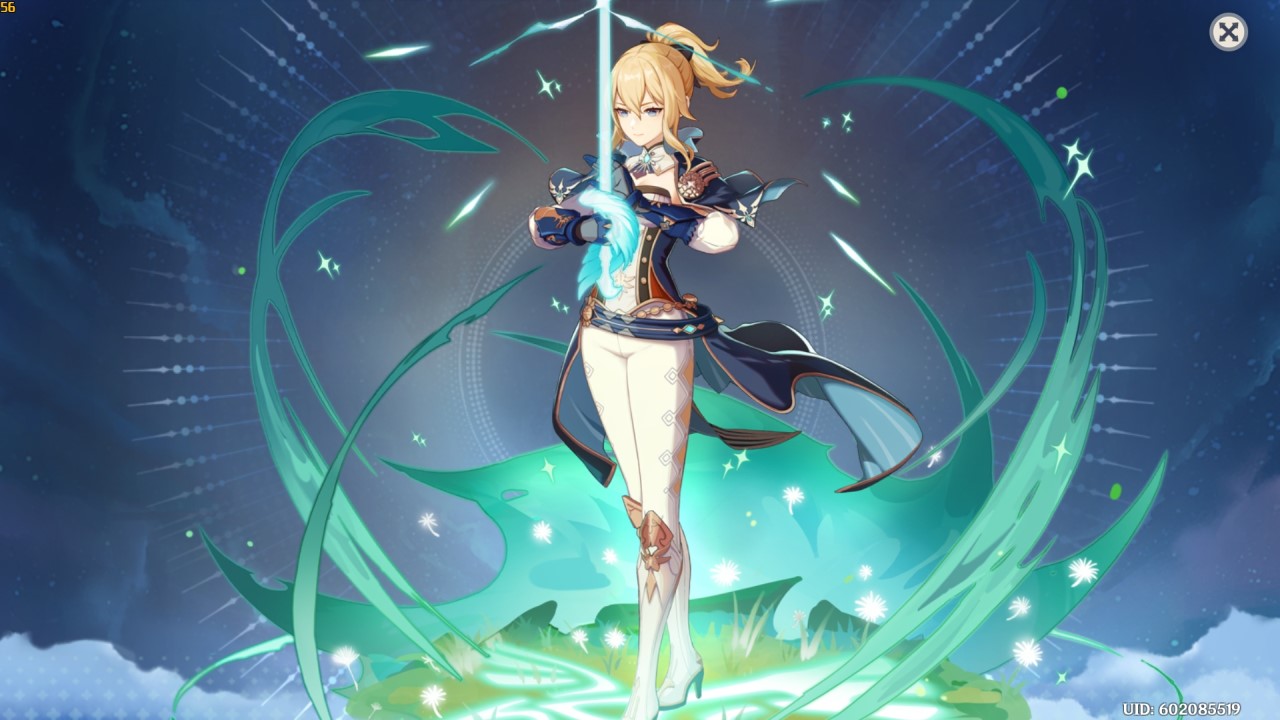 Jean takes some of the concepts from Sucrose’s support build and develops them to offer you a proper Anemo tank early in the game. Primarily, Jean makes it so that the player can almost constantly refill their health with her regenerative Normal Attacks and Dandelion Breeze Elemental Burst that simultaneously damages enemies within the radius as the party receive a health boost. Crowd control is another highlight of this character, and she can send lone enemies spiralling away with her Gale Blade. If it weren’t for the relatively low base damage and the tiresome skill cooldowns, then this knight would be fighting for a place further up our list. 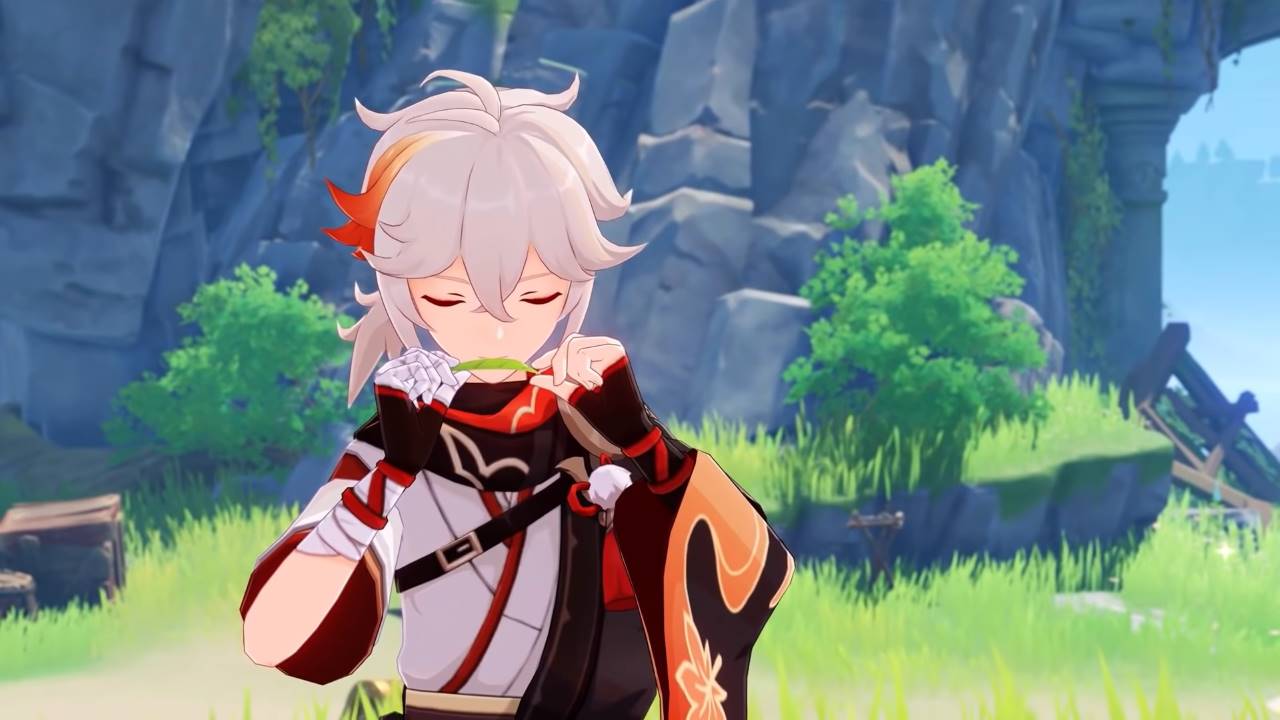 The highest-ranking sword-wielder on our list, Kazuha, is a recent popular addition to the world of Genshin Impact. The warrior makes the most of the Swirl capabilities associated with Anemo characters and can develop a powerful vortex with himself in the middle using the Kazuha Slash Elemental Burst. Not only that, but Kazuha proves to be an Anemo type in tune with the skies, and he can launch into a plunging attack that will devastate unsuspecting enemies. Keep in mind, while Kazuha is one of the highest on this list, we’re assuming that he’s used in combination with a heavy-hitting elemental type, as his power unleashes when Swirl is active, so don’t expect him to do it all on his own. 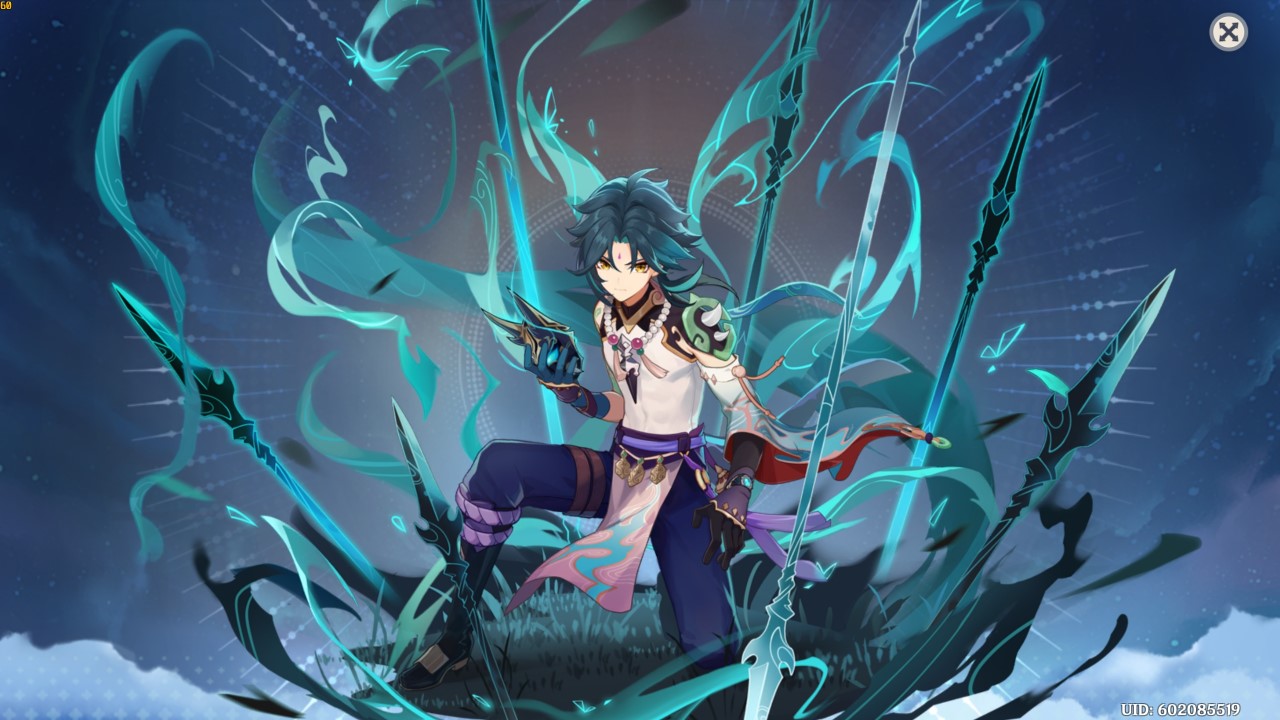 A controversial decision to some, Xiao is our second-highest rated Anemo character. This fighter turns the Anemo playbook on its head and rejects support for full-on attacking power. Xiao’s Elemental Burst is called the Bane of All Evil and sounds just as powerful as it is. With this skill, you’ll boost your attack power, attach Anemo to all Normal Attacks, and be able to leap even further than Kazuha into the sky to rain down on your enemies. If this were a list that depended entirely on the attacking prowess of each character, then Xiao would reign supreme. Unfortunately, his lack of support and emphasis on a frantic battle style can only earn him the number two spot on this occasion. 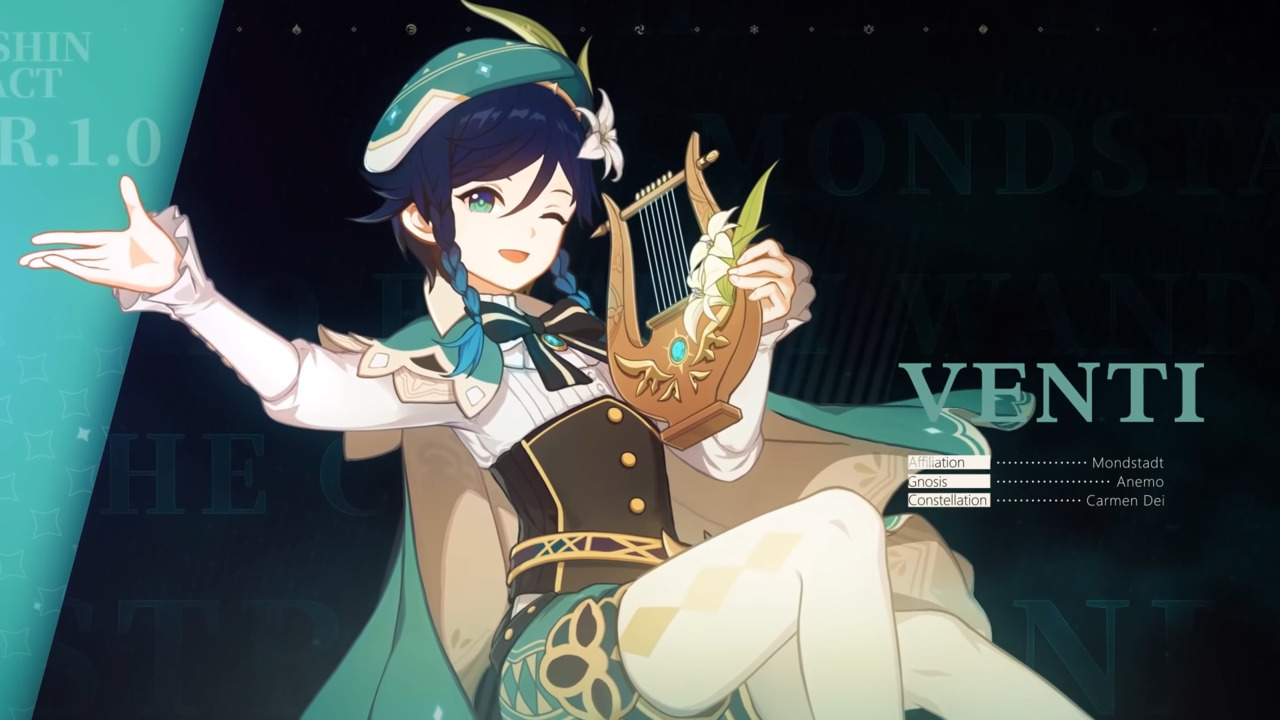 This music-loving god-being tops our list for best Anemo character, and with good reason. Venti brings together all the best aspects of previous characters of his typing and makes for a wind-user with incredible offensive and support capabilities. His Elemental Burst is potent, and with Wind’s Grand Ode, Venti creates a consuming vortex that draws in enemies and offers immense damage output to those inside and out of the attack area. However, Venti shines brightest as one of the best crowd control characters in the whole game. With Winds Grand Ode and his Skyward Sonnet Elemental Skill, he can bring a group of enemies together to inflict maximum damage with little effort. Essentially, Venti is the ultimate support option if you’re heading into battle with a high-ranking character of any other element.

It’s clear that while there are some exciting offensive options, the Anemo Element points towards support. Still, you could make yourself very popular in multiplayer as a team player by using some of these characters. Of course, that is if the all-out attacking power of Xiao hasn’t tempted you. There are many options for your playstyle with these seven characters and the wider cast, so make sure to try out all of these fighters in combination with other elements to see who is most effective for you.