Most Anticipated Video Games of 2023

Our wallets are crying, but our hearts are thrilled 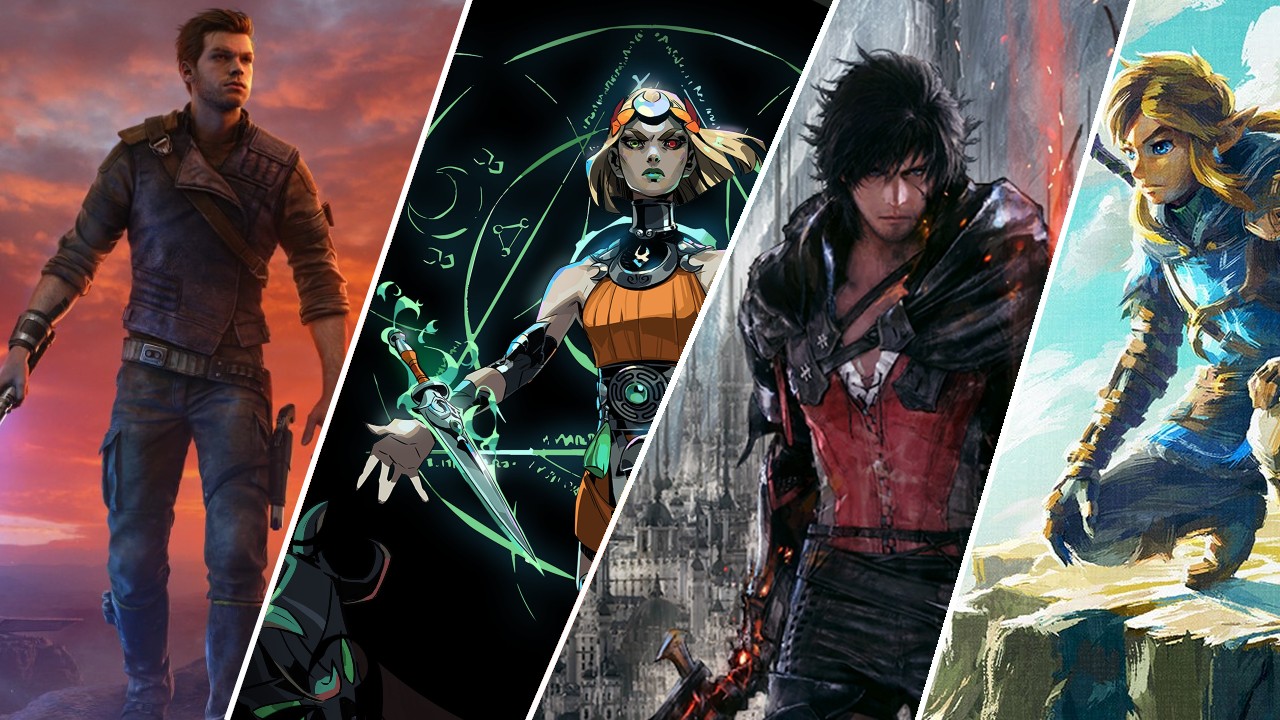 With blockbuster titles like Elden Ring and God of War: Ragnarök, as well as indie titles like Stray and Neon White, 2022 has been a remarkable year for video games. Next year appears to be just as exciting, if not more so, with the promise of exciting sequels, fresh new IPs, and revisits to beloved titles all on the horizon in 2023.

We at Attack of the Fanboy have decided on our most anticipated video game of 2023, along with nine extra honorable mentions, so you know exactly what to look out for in the upcoming year.

Final Fantasy XVI is Attack of the Fanboy’s most anticipated video game of 2023.

While a mainline Final Fantasy game is exciting enough, Final Fantasy XVI features an all-star cast of developers. Square Enix’s ‘Creative Business Unit III’ includes many members who worked on Final Fantasy XIV (14), including the game’s director and producer, Naoki Yoshida. Hiroshi Taka, best known for the SaGa series, is also at the helm as the game’s leading director.

Every Final Fantasy game has its own identity that separates it from the rest while still feeling familiar to franchise veterans. Final Fantasy XVI’s primary focus is action-based combat, similar in style to the Devil May Cry series, with two distinct modes: Story, which simplifies combat and allows the player to experience the narrative at their own pace, and Normal, which presents more of a challenge in the style of previous games in the series. XVI will also feature more mature and “difficult” themes to appeal to players of all generations.

The exclusion of last-generation platforms from upcoming games is a common theme in 2023, allowing developers to push their limits. Final Fantasy XVI is no exception, featuring breathtaking visuals that perfectly fit the game’s theme. Final Fantasy XVI is set to release exclusively on PlayStation 5 on June 22, 2023.

“Have you heard all the great things about the critically acclaimed MMO Final Fantasy XIV but don’t want to dive into an online game that’s four expansions deep? Final Fantasy XVI is your chance to get a taste of that. With the development studio behind XIV getting a huge budget and complete freedom for the next mainline Final Fantasy game, there’s no way that Final Fantasy XVI will be anything but a banger.”

The Legend of Zelda: Tears of the Kingdom

There is a reason we gave The Legend of Zelda: Breath of the Wild a perfect score back in 2017. Quite literally a breath of fresh air for the franchise, Breath of the Wild broke boundaries the series had set in stone for almost three decades. While details about the game are scarce, The Legend of Zelda: Tears of the Kingdom has us intrigued and eager not only to return to Hyrule but also to discover the creative ideas the development team has come up with in the six years between the two titles. The Legend of Zelda: Tears of the Kingdom is set to release exclusively on Nintendo Switch on May 12, 2023.

“I mean, firstly, it’s hard not to be hyped for The Legend of Zelda: Tears of the Kingdom, especially since it’s been almost six years since its predecessor finally released. Although we only know a little bit about it right now, it’s essentially injected with the same childlike glee as picking up your first Zelda game, and I think everyone is feeling that way.”

Since the release of 2016’s Suicide Squad, the titular group of supervillains has only grown in notoriety, impacting DC’s multimedia empire. Despite this, the clique of criminals has yet to appear in a video game, despite being hinted at in several Batman: Arkham games. Suicide Squad: Kill the Justice League, an open-world action-adventure game set in the “Arkhamverse,” is slated to change that in 2023.

Brainiac invades Earth in Suicide Squad: Kill the Justice League, brainwashing its occupants, including its heroes. Amanda Waller forms a task force (the Suicide Squad) with Harley Quinn, Deadshot, Captain Boomerang, and King Shark in a desperate attempt to save Earth. The aforementioned villains are all playable in solo or cooperative play with up to four players. The game will also feature the final performance of the legendary Batman voice actor Kevin Conroy after his unfortunate passing in November. Suicide Squad: KIll the Justice League is set to release on PC, Xbox Series X/S, and PlayStation 5 on May 26, 2023.

Marvel’s Spider-Man and Spider-Man: Miles Morales were visually stunning games with exhilarating gameplay and well-adapted characters. With Spider-Man 2 scrapping a cross-generation release this time, the game could be one of the best-looking games of 2023. Following Venom’s teasers in the first two titles, Peter and Miles will finally face off against the venerable Marvel villain. Spider-Man 2 is set to release exclusively for PlayStation 5 sometime in 2023.

Described as “Skyrim in space” by the iconic Todd Howard, Starfield is a science fiction action RPG and Bethesda’s first new IP in twenty-five years. The game promises “unparallel freedom” with over one thousand planets, a customizable ship, and extensive crafting. Also, lockpicking, somehow. It wouldn’t be a Bethesda game without it, right? Starfield is set to release in the first half of 2023 for PC and Xbox Series X/S.

“We’ve all played Skyrim (if you haven’t, go play Skyrim), and we have all dreamed of playing a ‘Skyrim in space’ game from Bethesda. With Starfield, that dream is finally coming true. Though there are several reasons to be hesitant about Bethesda’s newest sci-fi RPG odyssey, there are just as many, if not more, reasons to be optimistically excited for Starfield. From the numerous explorable planets to the craftable spaceship, we think Starfield will be an epic adventure that, like the Bethesda games before it, is talked about and played for years to come.”

Hollow Knight received unanimous praise for its atmosphere, art, music, and challenging platforming when it was released in 2017. Fans have been clamoring for more information on Hollow Knight: Silksong, the game’s sequel featuring the mysterious character Hornet, since its initial announcement in 2019. Staying true to its predecessor, Hollow Knight: Silksong keeps its atmospheric tone and challenging difficulty, though Team Cherry expressed that the pace of the game will increase due to the ‘Silk’ system, which allows Hornet to heal while moving at the cost of her entire Silk (Soul) bar. For those who are bold enough to seek out even more difficulty, “Silk Soul mode” will also be adapt on Hollow Knight’s ‘Steel Soul’ mode, though how remains to be seen. Hollow Knight: Silksong is expected to release by mid-June 2023.

“Hollow Knight is a fantastic indie title that mixes hack-and-slash combat with tight platforming and charming characters. From what little we’ve seen, Silksong looks to be ramping everything up in the best ways possible. The devs at Team Cherry have proven themselves with the original game and its free updates. If this streak of greatness continues with Hornet’s adventure, Silksong could easily surpass countless triple-A titles in both quality and content.”

Like a Dragon: Ishin!, released exclusively in Japan for the PlayStation 3 in 2008, is receiving a remake developed in Unreal Engine 4 for the worldwide market. Ishin! is similar in style to Yakuza 5, with the significant difference being the game’s historical setting: the Bakumatsu period of Edo Japan. Alongside staples such as gambling and karaoke, the game also features an exciting and extensive dungeon-crawling mode, Battle Dungeon, and the option to fight with katanas, pistols, or even both at the same time. Like a Dragon: Ishin! is set to release on PC, PlayStation 4, PlayStation 5, Xbox One, and Xbox Series X/S on February 21, 2023.

“A port almost ten years in the making, Like A Dragon: Ishin! is finally reaching a new audience. Fans, myself included, have been waiting for a chance to finally take this entry for a spin, and with its retelling of the Bakumatsu phase of the Edo Period, gamers are in for the ride of their lives. I never thought I would have the chance to play this title without a translator patch or reading along online, but we are almost there.”

Arkane Studios, best known for Dishonored and Deathloop, are introducing a new IP in the form of Redfall: an open-world first-person shooter in which players are tasked with taking down a legion of vampires in an abandoned town. From a telekinetic to a robot engineer, each survivor provides a unique experience in solo or cooperative play. Redfall also takes advantage of Unreal Engine 5, which is capable of producing outstanding visuals, exceptional lighting, and lifelike physics. Redfall is set to release on PC and Xbox Series X/S in the first half of 2023.

“Redfall is an exciting premise for me because I’m always down for a story-driven shooter. This one seems like a slam dunk from Arcane Austin of ‘Prey’ fame and bearing the same studio name behind hits like Deathloop and Dishonored, but this time, you’re fighting vampires in Massachusetts. It’s got a cast of fascinating playable characters with varying skills, along with either single or multiplayer co-op. It doesn’t hurt that it’s coming straight to Game Pass on Day One, one of the big upcoming titles from Xbox Game Studios for 2023.”

Hades II is Supergiant’s first-ever attempt at a sequel, following the massive success of the first game, which was heralded for its soundtrack, addictive gameplay, and memorable cast of characters. Set after the true ending of the first game, Hades II follows Zagreus’ sister, Melinoë, in a conquest to defeat Chronos with the support of Olympus. Every Greek mythological character adapted for the world of Hades was flawlessly done, and we are eager to see how the team develops the characters we haven’t yet seen. Hades II is set to release in early access for PC in 2023, with other platforms arriving at a later date.

“The first Hades is an indie that figured out a way to somehow have it all: addictive and diverse combat, an ever-changing narrative that features memorable characters, and a gorgeous art design and soundtrack. Though Hades set the bar high, we are excited to see Hades II take the award-winning formula of Hades and expand upon it.”