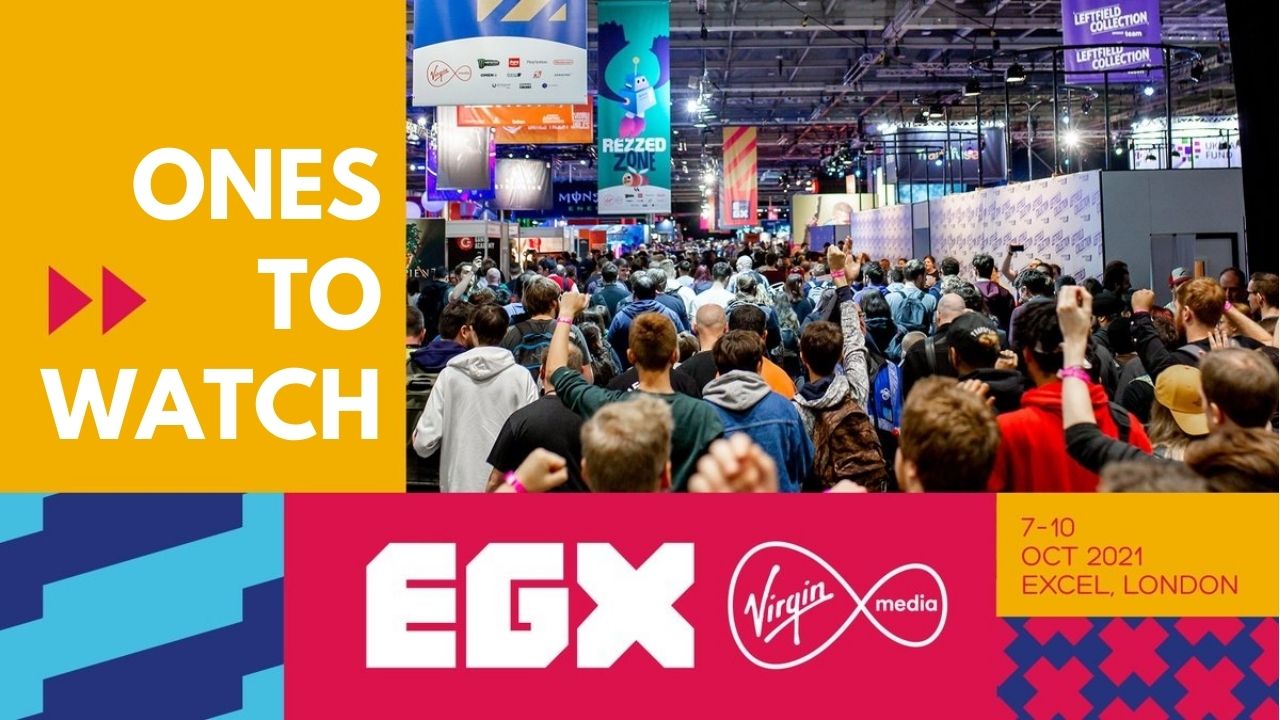 EGX 2021 has been and gone, and there are definitely ones to watch that fans and developers alike are keeping their eyes on. Though this years’ event may have been a little thin on the ground, gamers were eager to descend upon London’s Excel center once again to soak up some much-needed gaming content.

The most popular title of the weekend by far was Baldurs Gate 3, whose impressive booth was constantly circled by a queue of fans waiting to play the early access game. The ’18+’ gaming area also garnered a lot of attention, with long queues of eager fans wanting to jump into bloody and brutal titles like Back 4 Blood and Deathloop.

Thank you for joining us for an amazing #EGX2021. We can't wait to see you again next year! pic.twitter.com/9r1lPMh2nc

As we all know, EGX is not just about big studios and recognizable titles – which is why we’ve pointed out the true gems of the show, the indie titles that should be earmarked for the next couple of seasons! 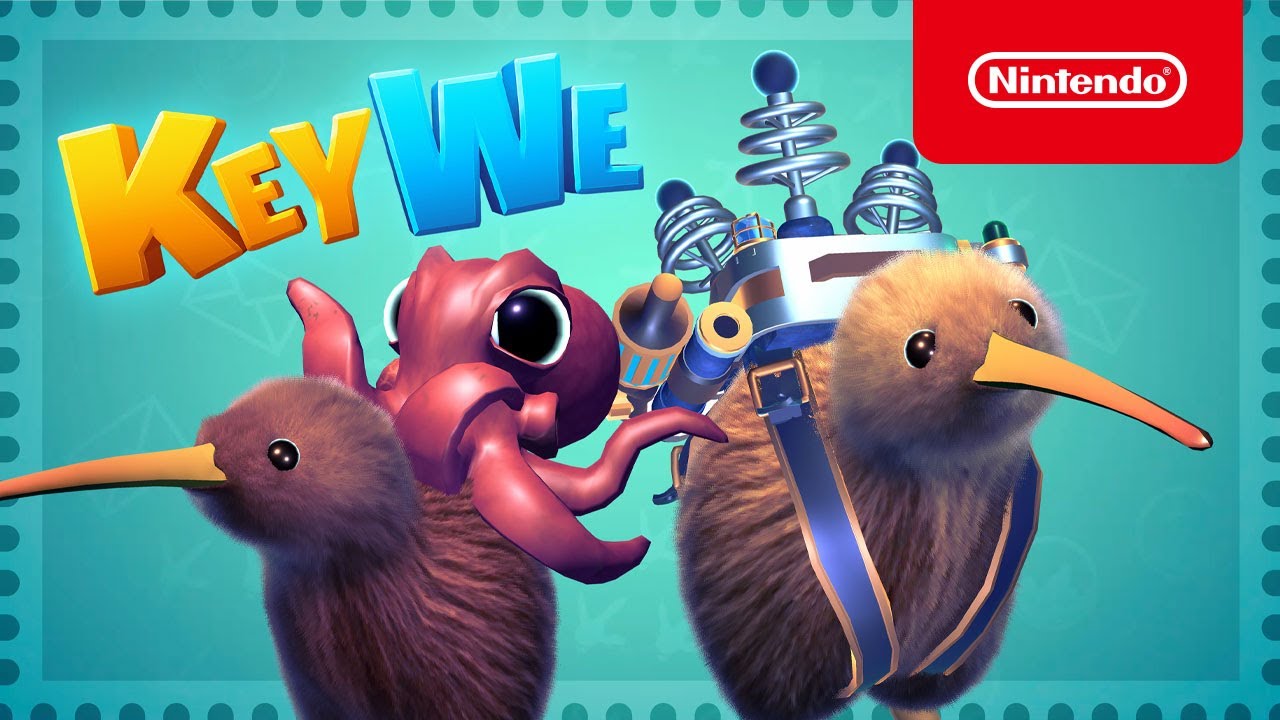 At the Sold Out stand could be found many treats – but the stand-out star was definitely KeyWe. While originally releasing back in August on Steam, the game is soon coming to Xbox to complete the platform collection.

The game features two fuzzy friends – Debra and Jeff – as they embark on a new career in a post office. The game is a co-op between two local players or two online, where they must hop across obstacles to type telegrams, mail parcels, and swat flies away from the letter sorting station. Reminiscent of Overcooked, KeyWe is sure to be a hit with its’ adorable look, cool soundtrack, and original idea.

KeyWe is available now on Nintendo Switch, PC, and PlayStation 4. It will release on Xbox soon.

You Suck At Parking 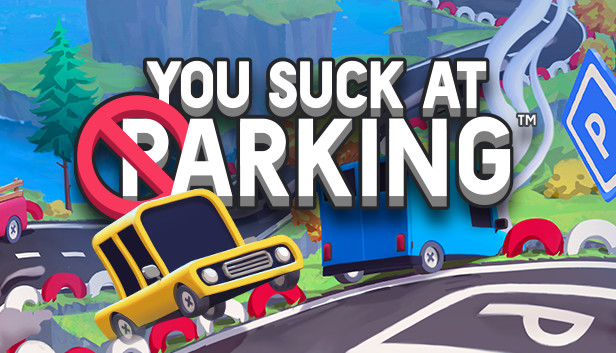 You Suck At Parking – the only racing game where ‘the goal is to stop’. The game is currently looking for alpha testers, and EGX surely helped with getting some feedback for their young title.

Published and developed by Happy Volcano, You Suck At Parking is a puzzle game that holds many varied levels. Players must race against the clock to beat each other…while stopping. The racecars are customizable, and the ‘physics-based parking sim’ game has a level-editor section, too!

You Suck At Parking will release on PC in 2022. 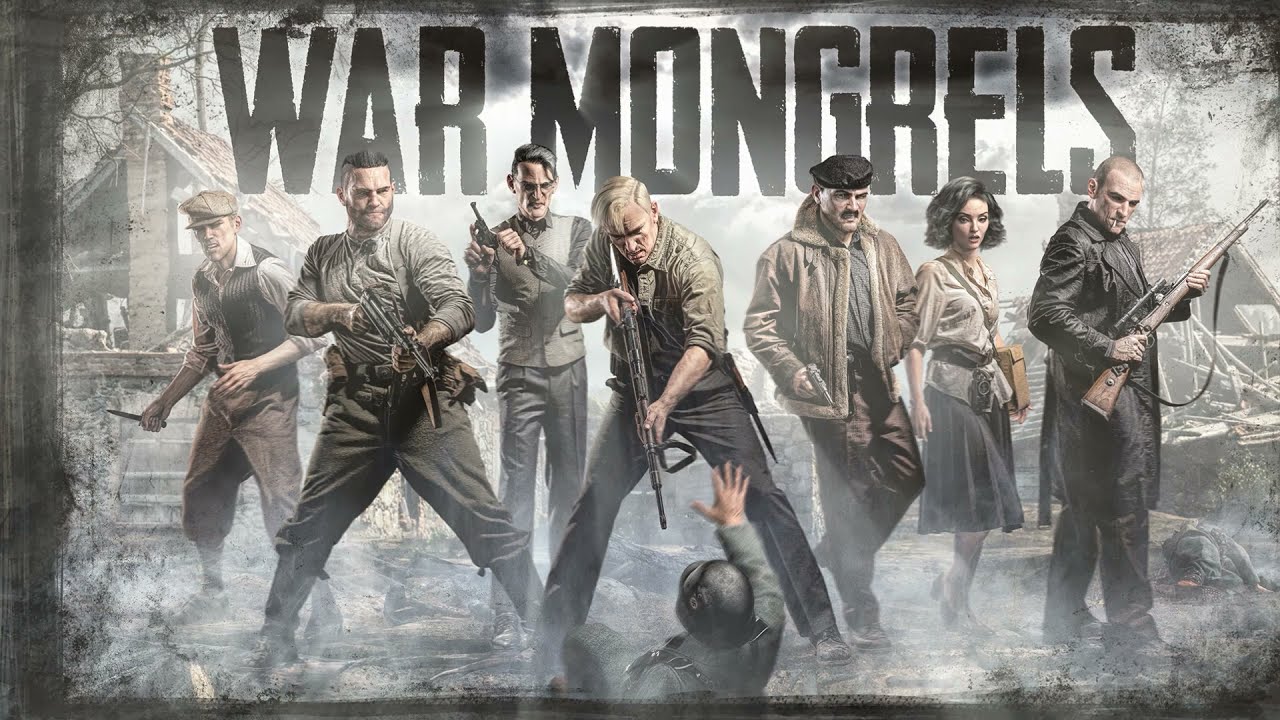 Another of our ‘ones to watch’ from EGX 2021 is War Mongrels. Set in the grim Eastern front of World War II, War Mongrels is a classic isometric tactics game. Developer Destructive Creations has crafted a compelling story to wrap around the game’s dark setting.

The story-driven game focuses on a squad of freedom fighters, determined to stand up for their homeland. The gameplay features real-time combat and includes stealth and tactical play, and can be played online, in online co-op, or in single-player mode. 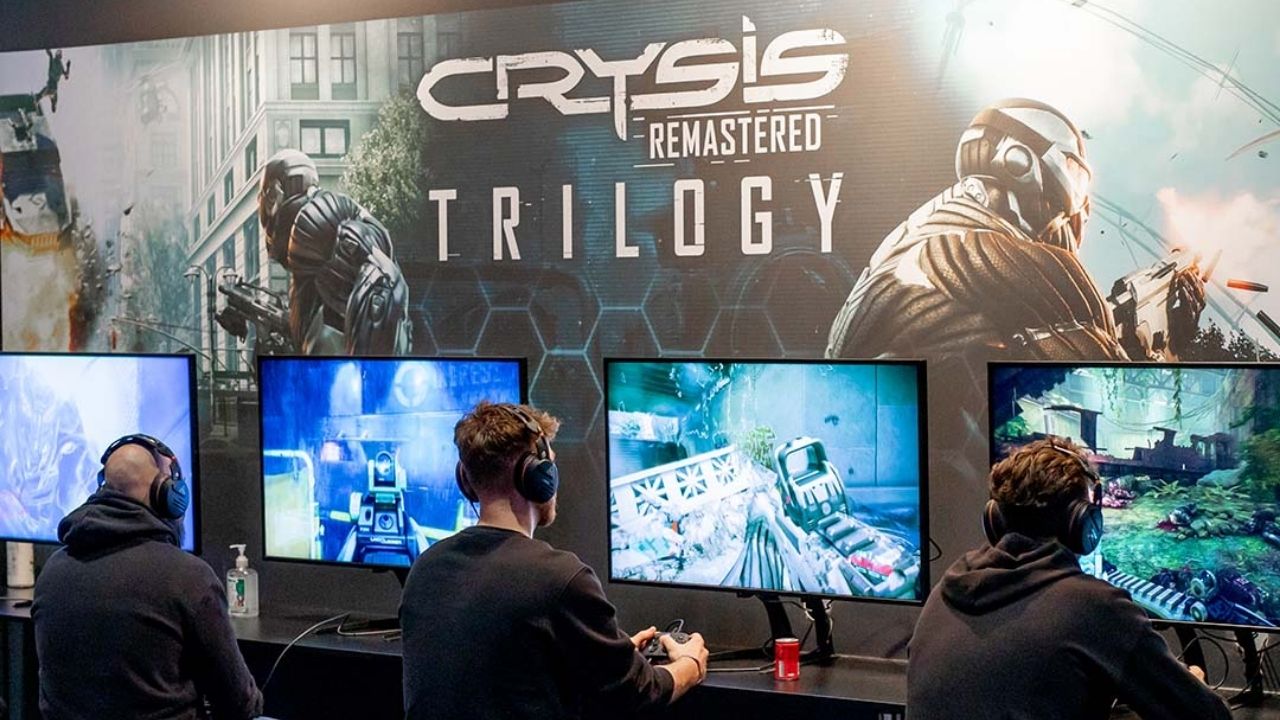 Crytek recently announced a remastered bundle of its’ iconic games – Crysis Remastered Trilogy. The shooter game will be released digitally, but with limited physical releases for consoles. Players were able to get a first look at the games, thanks to Crytek’s hands-on stand.

The remaster is aimed at next-generation consoles and allows a new wave of players to get to grips with the game. Crysis is a first-person shooter featuring a sandbox world on top of its’ action gameplay. Due to the initial success of the games, this is definitely one to watch from EGX.

Inua: A Story In Ice And Time 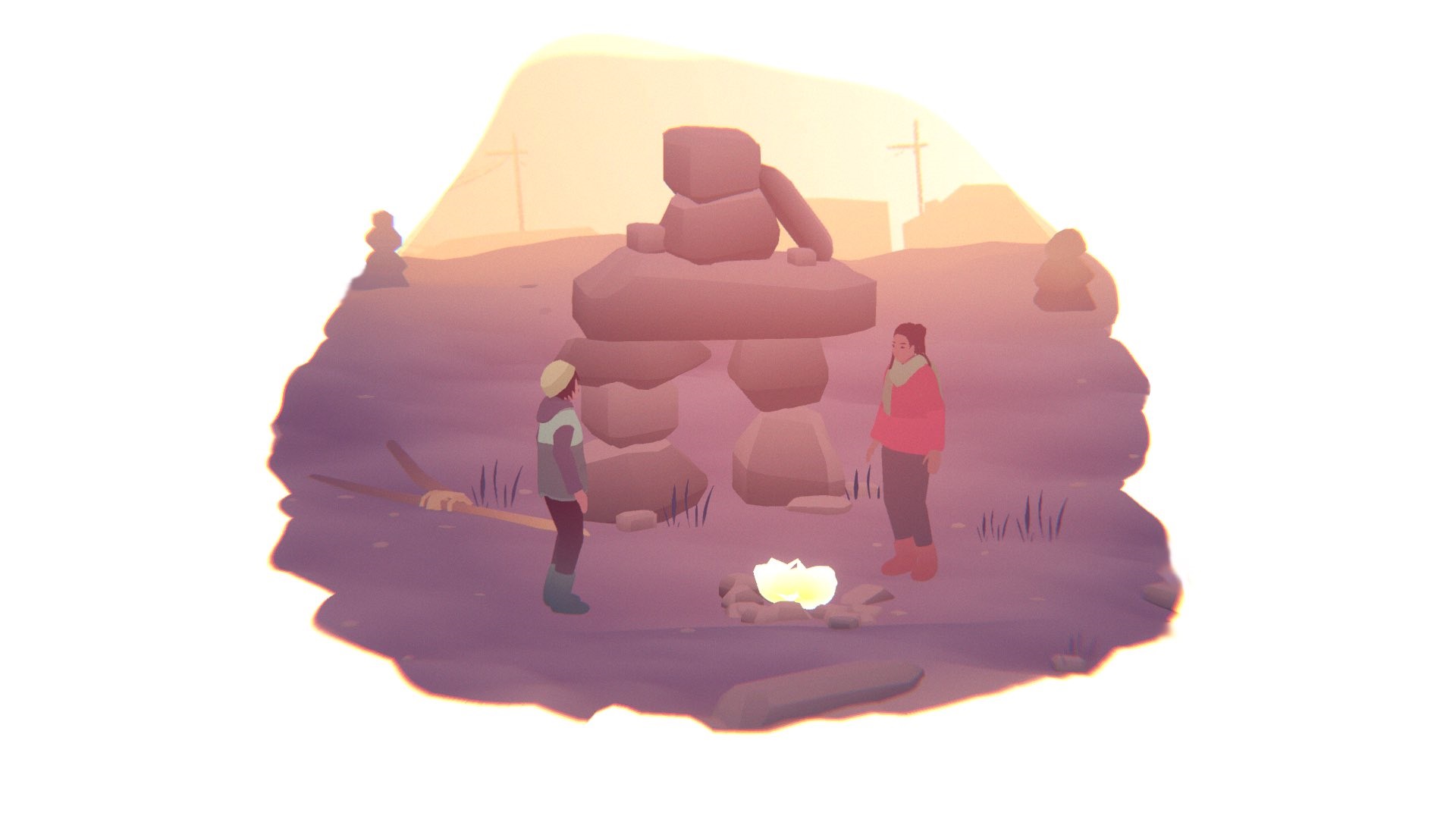 This cool little gem of a game has piqued much interest. While Inua is still in the ‘coming soon’ phase of development, EGX patrons were able to play a quick demo of the game over the weekend.

The game, as the name suggests, revolves around time-bending plotlines in the Great Canadian North. There are three main protagonists whose fates are intertwined, and who must inadvertently work together to change history and restore the balance of nature. We recommend this game for anyone who is a fan of polar bears, and Arctic exploration.

Inua: A Story In Ice And Time will release on Steam soon. 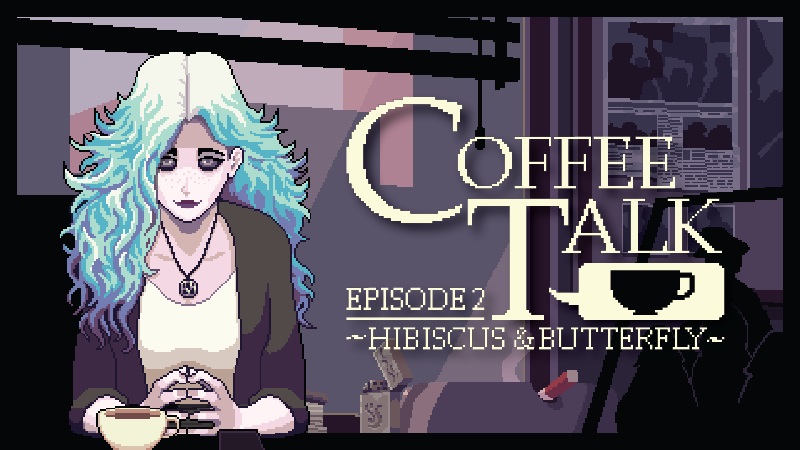 Coffee Talk is a lesser-known visual novel, available on most platforms. Originally released on consoles in early 2020, the second chapter of Coffee Talk is releasing soon! Hibiscus and Butterfly will be released in 2022, though there is no timeframe yet.

Indonesian studio Toge Productions are behind the quirky title, and the game features calm and collected gameplay. Players listen to characters’ problems and help to heal them by serving a hot cup of brewed beverage. The first chapter received praise for the fantastical elements easily woven into the story, and the sentimental and calming nature of the play style. The second chapter is sure to bring more of the same!

While many games were on show – including demos and playable chapters of a few notable titles – there were definitely a lot of great upcoming indie titles that demanded attention and pulled in many fans! These ones to watch from EGX 2021 are sure to crop up on any gamers’ radar.

Home / ORIGINAL ARTICLES / Ones To Watch From EGX 2021